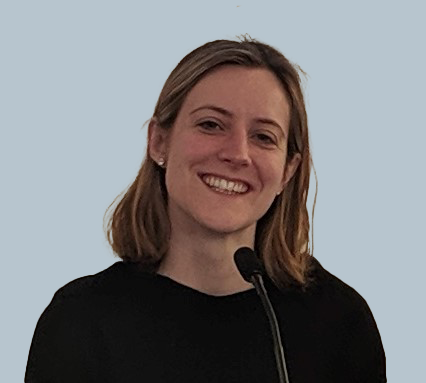 Abigail is a leading barrister who accepts instructions in all chambers’ many practice areas. She specialises in extradition and special jurisdiction work additionally to public and civil law work.

Abigail has a Distinction in the BCL at Balliol College, Oxford, having specialised in jurisprudence.

Abigail really enjoys yachting. In November 2020, Abigail was elected, at the London Sailing Club’s annual general meeting, to serve as a Club officer on the Club’s management committee.

Whilst reading for the Bar, Abigail taught criminal law, evidence and jurisprudence at UCL. She taught European Union constitutional and competition law whilst reading for her BCL, the University of Oxford awarding her a graduate scholarship bursary. She was a researcher in law for Professor Ashworth at All Souls College. Abigail has digested many public law cases for the Administrative Court Digest. Abigail won the Dean’s Prize for the highest overall mark for her Law finals examinations. In the same year she won the Jeremy Bentham Prize for Jurisprudence and Political Theory which led to her spending a paid year to edit her university’s law journal. She went on to be appointed at UCL both as an honorary teaching fellow in law and an honorary researcher in law, starting first in the English university department, then in History, and then in Law. Abigail worked on security-level research in law on judicial corruption among European national courts.

Before reading for the Bar, Abigail was instructed as a solicitors’ agent, for six months, for two defendants, to note each day of a multi-handed mass cocaine importation trial before the Resident Judge at Oxford Crown Court. Abigail gained an early and comprehensive insight of litigation by liaising daily between solicitors and counsel and by attending upon the defendants in the cells. Both defendants were acquitted. As a pupil, Abigail was instructed by solicitors at a civil fraud department, acting for Commerzbank AG, for twelve weeks, to note a multi-handed fraud trial.

Abigail’s early debating career was crowned when she led her school’s debating team as captain of the Oxford Union debates. She debated at the Union as her school’s captain in 2001 and 2002. Abigail’s mooting career led to her winning the Middle Temple Speed Moots competition after a weekend of knock-out rounds. She was a keen competitor in the Rosamund Smith Mooting Cup. Abigail was a pupil at Newport Girls’ High School in Shropshire, a State girls' grammar school.

Abigail holds ‘strap room’ developed vetting for which she was sponsored by the Home Office.

Abigail is regularly appointed by the Criminal Appeal Office and various government departments.

Abigail teaches ethics to pupil supervisors together with Richard Devereux-Cooke of Three Stone.

In October 2019, Abigail gave the Grand Day lecture at Middle Temple, ‘The Case Against Julian Assange’. Grand Day is described by the Inn on its website as ‘the biggest event in the Inn’s calendar’. That month, Abigail’s article on the Assange case was published by Counsel Magazine.

Abigail has joint responsibility for advocacy training hosted by the Kalisher Trust, a Bar charity. In 2021, Abigail is assisting Alison Levitt Q.C. to refresh the Trust’s bespoke safeguarding policies.

She is an accredited Inns of Court College of advocacy trainer and qualified to be a pupil supervisor.

In 2021, Edward Fitzgerald Q.C. leads Peter Caldwell and Abigail in an appeal against extradition with leave to argue that Germany’s non-reciprocity violates principles of mutual trust and respect.

In February 2021, Abigail was instructed by the Criminal Appeal Office in a two-day hearing before a Special Court convened before the President of the Queen’s Bench Division. Abigail led a point of pure law concerning the impact of, and anomalies created by, the coming into legal effect on 1st April 2020 of the Release of Prisoners (Alteration of Relevant Proportion of Sentence) Order.

In April 2021, Abigail will defend an autistic young man indicted with terrorism offences, a Cambridge University mathematics graduate. The trial is listed for three weeks. The defence will call a forensic psychiatrist and a college tutor at Pembroke College, Cambridge, to put into context what was said in several interviews with Prevent Programme officers and whilst under caution.

In September 2021 and in March 2022, Abigail is instructed in two trials as part of Operation Larkspur to be tried by Mr Justice Julian Goose at the Southwark Crown Court. The trials concern a series of alleged frauds by solicitors and barristers on the Legal Aid Agency of £773,640.

In December 2021, Abigail defends in Operation Gnathonize at Southwark Crown Court, a National Crime Agency surveillance operation of a businessman for perverting the course of justice. Since December 2020, Abigail has also advised the same lay client re alleged breaches of an all-assets restraint order in defence of the National Crime Agency’s committal application for contempt.

Abigail’s lay client was the sole defendant of five to be acquitted of terrorism-related offending in Operation Gorlois after a trial of six weeks. In May 2020, Abigail obtained a conditional discharge after trial for the leader of the far-right political group, Britain First, for a Schedule 7 Terrorism Act offence. Abigail has advised on numerous such Schedule 7 Terrorism Act arrests.

Abigail has appeared for families at inquests involving deaths in custody where coroners must sit with jurors. In July 2020, Abigail demonstrated to Inn students the role of counsel for a bereaved family in a mock coroners’ inquest convened before Her Majesty’s Senior Coroner for Inner West London. The day was filmed to be used as an advocacy teaching aid. Abigail persuaded the Coroner that a finding of suicide would be unsafe and should not be made after a hanging where there had been no toxicology tests obtained to demonstrate whether the deceased had consumed cocaine.

She appears in the Court of Appeal Civil Division to defend applications to commit to prison – whether for breaches of High Court all-assets restraint orders or insurance cash-for-cash frauds.

Abigail has a busy practice challenging search warrants, production orders and assets freezing orders. She attends on site at business offices when HMRC executes searches and she sits in with solicitors to advise on interviews under caution by foreign investigators liaising with HMRC.

Abigail has been a guest lecturer for psychiatry registrars since 2012 at the Institute of Psychiatry, Psychology and Neuroscience (the IoPPN). She holds a diploma in forensic medical science, the Dip.FMS, awarded after competitive examination by the Worshipful Society of Apothecaries in conjunction with Barts and the London School of Medicine.

By invitation, she attends the ‘Science and the Law’ programme of lectures at the Royal Society.

Abigail serves on the Bar Council’s Law Reform Committee. She was elected by her peers to serve on the Criminal Bar Association from 2017 to 2020 and drafted responses to various consultations.

Law reform is of real interest to Abigail. She serves as a committee member of an independent law reform organisation, the Criminal Law Reform Now Network (CLRNN), established in 2017 and funded by the Arts and Humanities Research Council, founded by academics at Oxford and Cambridge. CLRNN hosts university conferences on law reform at Oxford and Cambridge. In 2016, Abigail gave a lecture on English law reform at All Souls College, University of Oxford, to a delegation of standing law commissioners from the Nordic countries. Between 2007 and 2009, Abigail was the secretary of the Oxford Pro Bono Publico (OPBP) whilst a graduate student. The programme is run by the Law Faculty of the University of Oxford: it assists solicitors and barristers and prepares reports for committees such as the Joint Committee of Human Rights. In 2008 Abigail was one of the OPBP Burma (Myanmar) research team consisting of a group of postgraduate law students whose report was published in April 2008.

Abigail is a co-author of The Drugs Offences Handbook first published by Bloomsbury Press in 2018.

Abigail’s much younger and brilliant barrister brother at Lamb Chambers is a Waterstones best-selling author now on to his second edition of ‘A Practical Guide to the Small Claims Track’.


After a trial of six days, AA was acquitted of rape...Read more


For two weeks, Abigail Bright is assisting a delega...Read more

Dip.F.M.S. (Diploma in Forensic Medical Sciences), Barts and The London School of Medicine, 2010

Abigail give evidence to the House of Lords Select Committee on Science and Technology; Abigail was asked to provide her views on the provision of forensic science services in the Criminal Justice System. Click here to watch.