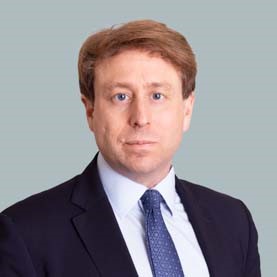 Adam has acted in some of the key public law and human rights cases of recent years, including test cases on human rights issues during the COVID-19 pandemic, major inquiries such as into child sexual abuse and into antisemitism in the Labour Party, and leading cases on the right to protest. He is described in the leading legal directories as an “innovative and thoughtful lawyer who is incredibly hard-working and well prepared’ (Chambers and Partners 2022), as having a “first rate intelligence and a highly personable manner” and being a “fantastic public law and human rights specialist” whose work is “at the cutting edge of civil liberties and human rights." (Legal 500 2022).

Adam is perhaps the UK’s leading authority on the law relating to COVID-19. From 2020-2021 he was Specialist Advisor to Parliament’s Joint Committee on Human Rights Inquiry into the government’s response to the pandemic and assisted in the writing of five reports.  He is a trusted commentator on TV and radio explaining COVID-19 law to the public. He has acted in a number of path-breaking cases relating to the pandemic, including the Good Law Project’s challenge to the Metropolitan Police’s refusal to investigate the Downing Street parties and two key judicial reviews of the hotel quarantine system, on the discriminatory impact of fees (Boardman and Others) and if hotel quarantine is compatible with the right to liberty (Hotta and Others). He acted for a range of people to secure their release from inhumane hotel quarantine conditions, such as international journalists and a severely disabled child, and obtained the first hotel quarantine court injunction of its type. He successfully acted for people unlawfully given fixed penalty notices including the first withdrawal by police of £10,000 FPNS against students. He acted in the successful challenge to the government’s failure to fund equipment for children to engage in online learning during school closures and in two successful judicial reviews of failures by the Home Office to protect asylum seekers at Colnbrook IRCC and immigration detainees at Napier Barracks from COVID-19.

Free expression and the right to protest are areas of particular interest to Adam. He has acted in a number of the recent leading cases relating protest, including acting for women’s rights organisation Reclaim These Streets in the leading case on protest rights in the pandemic, relating to the Metropolitan Police’s response to the Sarah Everard vigil (Leigh and Others), in the first Court of Appeal judgment on protesters held in contempt of court (Cuadrilla Bowland Ltd & Ors v Lawrie & Ors), and the follow-up Court of Appeal case relating to protest against the HS2 railway (Cuciurean v HS2).

He regularly acts in politically sensitive public inquiries and inquests, most recently in the Equality and Human Rights Commission’s investigation into antisemitism in the Labour Party, including prompting the EHRC to investigate in the first place, for Harvey Proctor in the Westminster strand of the Independent Inquiry into Child Sexual Abuse, in the Manchester Arena Bombing Inquiry, as sole Counsel to the investigation in to the death of Welsh Minister Carl Sargeant and in the Whyte Review investigation into abuse in British gymnastics. He also regularly acts in high-profile coroners inquests such as into the death of an immigration detainee at Wormwood Scrubs prison, the death of a young woman who took her own life in a mental health hospital and a profoundly deaf man who died in prison.

Adam is a passionate advocate, educator and writer on human rights. He founded and chairs the muti-award winning human rights education charity EachOther, set up the widely-read UK Human Rights Blog and hosts the UK’s leading human rights podcast, the Better Human Podcast. He regularly speaks on human rights law to charities, parliamentary committees and government departments and is a Visiting Professor of Law at Goldsmiths University where he teaches undergraduate students. He is the Consultant Editor of the 2020 Prison Law edition of Halsbury’s Laws of England and regularly writes for the New Statesman, Prospect and appears on TV and radio.

He has been appointed to the Equality and Human Rights Commission ‘A' Panel of Counsel from 2019 to 2023.

Adam is a versatile lawyer who has acted in key public law and human rights cases across a variety of areas. He regularly lectures on public law for example to the Judicial Review and Public Law Project conferences and is regularly called on to assist with parliamentary committees and inquiries.

Adam regularly acts for families in inquests. He has a particular expertise in relation to deaths resulting from mental and physical health conditions. He has extensive experience in medical law including clinical negligence and regularly acts in civil claims arising from inquest findings.

Adam has strong expertise in all aspects of immigration and asylum law. He regularly acts in the High Court, Upper Tribunal and First Tier Tribunal and has extensive experience of unlawful detention claims. Recent examples include:

Actions Against The Police

Adam regularly acts for claimants in actions against the police. He has particular expertise in actions which include human rights elements. Recent cases include:

Adam has strong expertise in equalities law and has acted in a number employment cases with an equalities element.

In 2019, Adam acted for the Campaign Against Antisemitism in its application to the Equality and Human Rights Commission to launch a formal ’section 20’ investigation into the Labour Party.

He has regularly acted for the University College Union (UCU) and various teaching unions representing academics and teachers in the Employment Tribunal and the Employment Appeal Tribunal (EAT), including acting for a professor at Brunel University (Vaseghi v Brunel), a blind disability officer in a successful discrimination claim against his employer (Lambert v Lewisham College) and 24 teachers in a successful Employment Tribunal and EAT claim against a private school (Morris & Ors v E Ivor Hughes Trust).


Judgment was handed down by the Court of Appeal today in ...Read more


The Lord Chief Justice has granted leave to appeal to the...Read more


On Friday at 10.30am judgment was handed down in the judi...Read more