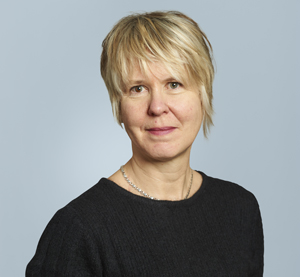 Amanda is a highly experienced lawyer in the practice areas of employment, equality and discrimination, and regulation and professional discipline.

She is ranked as 3rd tier leading junior in Legal500 which refers to her “extremely good judgment”.  Her highest profile case to date is the ground breaking sex and age discrimination case brought by TV Countryfile presenter against the BBC.

Amanda has represented clients from all disadvantaged groups: race, sex, disability, religion, sexual orientation, and age, and throughout her working life has campaigned on equality issues. Employment Law and Industrial Relations Since being called to the Bar Amanda has specialised in employment and discrimination law, which builds on her experience as a union official. She has successfully represented clients in employment tribunals, the Employment Appeals Tribunal and at the Court of Appeal. An example of recent cases include:

The tribunal and EAT case of disability discrimination by a high achieving trainer with Asperger’s Syndrome.  The EAT appeal involved novel points on divisibility of injury and  private health insurance.

The tribunal case, involving a London Underground employee in her claim for race discrimination arising out of the tattoos displayed by another employee.

The tribunal case involving sex discrimination and harassment of a female journalist working for an Arabic on-line news agency.

Various tribunal cases brought by police officers, doctors and warehouse employees for disability discrimination including failure to make reasonable adjustments  and / or challenging the application of absence managing policies.

The Court of Appeal case on the test for remittance in a sex discrimination case brought by a Royal Navy chief petty officer.

The EAT case considering the reasonableness of the delay in submitting a claim following publication of a blacklist of construction industry workers.

The High Court case considering the interpretation of a union’s rules in relation to the election of the general secretary.

The Court of Appeal case on time limits in discrimination cases.

Amanda has considerable experience of representing registrants before the Nursing and Midwifery Council, the Health and Care Professions Tribunal Service, the Teaching Agency and General Pharmaceutical Council. She has also prosecuted for the General Dental Council.  She has successfully appealed wrong decisions by regulators to the High Court. She is a co-author of the NMC Chapter in “Professional Discipline and Healthcare Regulators: A Legal Handbook” (published by LAG in 2012 and 2018).  She is a member of ARDL. Amanda has represented registrants accused of dishonesty, sexual misconduct, general misconduct, lack of competence and whose practice is impaired due to ill health.  A selection of recent cases include:

The High Court appeal which resulted in the NMC agreeing to remove the disputed charge accusing a prison nurse of selling Viagra to prisoners / prison officers.   At the remitted hearing a further charge of dishonesty was found not proven.  Following a finding of impairment (which was not disputed) a condition of practice order was imposed for historic criminal convictions, dishonesty (failure to declare those convictions) and inappropriate language.

The High Court appeal which upheld a finding of repeated dishonesty by a nurse.

The GMC review hearing, which resulted in the successful lifting a suspension order against a consultant.

The NMC case involving multiple charges of abuse, which resulted in all but one charge being found not proven and the imposition of a 12 month conditions of practice order in relation to the remaining charge.

Three NCTL cases of sexual misconduct against male teachers.  All resulting in successful outcomes for the teacher.  Two found no sexual motivation, whilst the other only found sexual motivation in relation to lesser charges.

The NCTL case against a teacher in one of the widely publicised "trojan horse" Birmingham school cases, which was discontinued following a successful application to adjourn.

The NMC case involving a nurse whose clinical failures had contributed to the death of an elderly patient.  The charges were admitted and the NMC only imposed a caution order reflecting her candour in responding to her failure.

The NMC case of dishonesty against a nurse for a single false entry into the patient notes, and the HCPC case for dishonesty against a physiotherapist for fraudalent time off for study leave, were dismissed following the collapse of the regulator’s case during cross-examination. Where dishonesty was admitted by the registrant, the regulator was persuaded to impose a caution order or a conditions of practice order.

The NMC case for repeated (admitted) dishonesty by an A&E ward manager who over a 6 year period amended the A&E waiting time figurers, concluded with the imposition of an 18 month caution order because it was accepted that the nurse had been instructed to do so by more senior managers.

The NMC case of misconduct in relation to serious errors made by a midwife when physically unwell at work (which had been reported to her manager), was dismissed as not constituting misconduct.

The HCPC case of misconduct in relation to clinical errors made by a physiotherapist suffering from poor mental health was found to be either not misconduct, or not impairment.

Amanda has specialised in employment and civil discrimination law.  She has successfully represented clients in employment tribunals, county courts, high courts, the Employment Appeals Tribunal and the Court of Appeal.