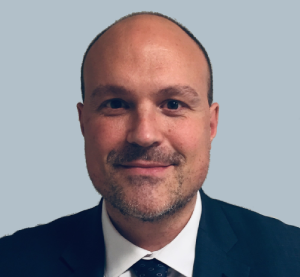 Ranked as a Leading Junior in the directories, Chambers & Partners says, “he provides very coherent advice, often with a creative angle to it” and he “is tremendously well prepared and fights very hard”. Andrea is “unfazed by the Defendant’s tactics and comes out on top” obtaining “excellent results at trial”. "He has a coherent, resolute style. His structured approach and experience has reaped rewards."

The Legal 500 says that Andrea "fights until the job is done to the highest possible standard”, is “very knowledgeable” and has a “personable style and can do attitude”.

A personal injury lawyer with over 20 years’ experience, Andrea is regularly instructed to represent Claimants who have suffered the most serious and catastrophic injuries through accident and clinical negligence inclusive of severe traumatic brain injury, spinal cord trauma and limb amputation.

As a Senior Junior Andrea regularly appears against directory ranked junior and leading counsel and regularly conducts multi-million-pound litigation without being led. He presently has lead conduct of several such actions including one particular action that has a likely value approaching £10m. As a motorcyclist himself, Andrea has the keenest understanding of the liability issues surrounding motorcycle RTAs and is always able to appreciate and understand the rider’s point of view.

A few interesting examples illustrative of Andrea’s recent work include a settlement of £2m for a middle-aged individual who suffered a lower limb amputation, just under £1m for a Claimant who slipped on a wet floor and who suffered a serious, but unidentifiable injury to the vestibular system. A settlement of several hundred thousand pounds for a victim of a spinal injury where the symptoms of spinal cord damage did not manifest until some 9 months post-accident; the first settlement offer in that action was just £2,000 and was made prior to Andrea’s involvement. Other successful claims have been a 7-figure result obtained for 7 claimants injured as passengers in a car that had crashed following a tyre tread and belt failure. The litigation involved some of the world’s leading experts in tyre construction and the Claimants were successful after 4 years of litigation notwithstanding there was only limited photographic evidence of the tyre available. He has also conducted 2 successful multi-party actions involving serious upper limb disorders suffered by nuclear refuelers and the other involving emergency services keyboard operators. Andrea also successfully represented the driver of a gritter vehicle who suffered a devastating lower limb injury when his gritter lorry skidded on ice, left the road and crashed down an embankment.

Andrea has a reputation for very successfully managing claims for chronic pain; having an acute and forensic understanding of the pathology of such conditions and the often-misunderstood complex interaction between physical and psychiatric injury and the distinction of somatoform type disorders. He will guide claimants through the correct process and order of experts required to prove injury and causation and he has a keen eye for early identification of chronic pain.

Andrea also undertakes Article 2 inquests including the 6-week inquiry into the death in custody of Anne Marie Bates at HMP Brockhill. Andrea represented 10 Prison Officers, including all of the whistleblowers; the inquiry was nationally reported due to the allegation of an inappropriate relationship between an Officer and an inmate that was alleged to have played a role in the death. Andrea also represented a number of Officers at the inquest into the death of Lee Blake, the sole fatality arising out of the 2002 riots at HMP Lincoln.

Andrea has superb client care skills and an extraordinary breadth of knowledge relating to medical and liability experts; developed via close working relationships over many years. He is well known to many leading quantum experts. He ultilises these skills to help obtain truly excellent results for his clients.

Andrea is a leading expert in Criminal Injuries Compensation. He has undertaken many successful appeals, some of which have attracted the attention of the national press including a 500% increase in award for a rape victim. Andrea has obtained a number of CICA appeal judgments for over £1m (pre-cap) and recently obtained the maximum award of £500,000 for a victim of serious sexual assault whose claim for compensation was initially refused. He also recently obtained a maximum award for a victim of an altercation that caused spinal injury and where the CICA refused any award at first instance and only a modest one at review; Andrea conducted the appeal hearing.

Andrea’s practice is made up exclusively of Claimant multi-track personal injury and clinical negligence work. He has enormous experience of RTAs, employer’s liability and disease work and his practice covers the whole spectrum of injury ranging from tetraplegia claims, brain injuries of the utmost severity, amputations, negligent birth management, chronic pain and fatal accidents.

Andrea takes a pro-active approach to all of his work; advising from the outset, preparing case plans  and helping to tactically steer the claim through the entire litigation process wherever needed including drafting, advising in conference, liaising with liability and medical experts and drafting the most detailed schedules of loss, conducting settlement meetings and representing Claimants at trial and interlocutory hearings. He has long been ranked as a Leading Junior in both Directories and regularly faces directory ranked counsel and leading counsel.

Andrea’s practice includes clinical negligence where he is instructed exclusively on behalf of Claimants.

He has experience of cerebral palsy and other birth injury; ophthalmic injury dental injury and misdiagnosis together with a significant number of claims arising out of sub-standard nursing care; one example of the latter being a high value claim involving a catalogue of nursing errors that led to a vulnerable patient being left asleep in a chair, whereupon she fell to the floor and suffered a severe head injury.

Andrea’s clinical negligence practice is not limited to acting for patients; through his client base he has also acted for nurses and midwives injured in the clinical setting. This includes injuries caused by the negligence of other health professionals or improper working practices and techniques. One such claim involved a Midwife claimant who suffered a brachial plexus injury during a colleague’s attempt to physically manipulate a child during birthing complications.

Other claims have involved a cross-over with product liability; one example is a complex claim for substantial damages where a young child suffered a life-threatening infection through an incorrectly fitting venous cannula against a background of improper monitoring for infection and misdiagnosis of the original cause of poor health.

Andrea has also represented claimant’s in actions for negligent dental treatment; cosmetic treatment; laser eye surgery and late cancer diagnosis/misdiagnosis. Amongst his ongoing caseload, he is presently involved in the investigation of a very high value claim for damages involving a spinal fusion collapse leading to substantial physical disability and a failure to diagnose a spinal stroke leading to paraplegia.

Andrea has expertise and experience of long and complex inquests. He represented interested parties in the 6-week inquiry into the death in custody of Ann Marie Bates at HMP Brockhill. The inquest was nationally reported due to the allegation of an inappropriate relationship between a prison officer and an inmate. Andrea was instructed to represent 10 Prison Officers including all of the whistleblowers whose evidence was accepted in full by the Jury. The prison officer at the centre of the allegations resigned his post towards the end of the inquest.

Andrea also represented a number of prison officers at the inquest into the death of Lee Blake following the riots at HMP Lincoln in October of 2002; Lee Blake was the sole fatality arising out of the notorious riot.

Andrea has a detailed and keen understanding and appreciation of the importance of costs issues to litigation. He is experienced and entirely familiar with disputes arising out of the validity of CFAs and CCFAs and the inter partes recoverability of costs incurred. As a result, Andrea regularly receives instructions to act at detailed assessment hearings at all levels.


We are delighted to announce that Andrea Risoli has recen...Read more