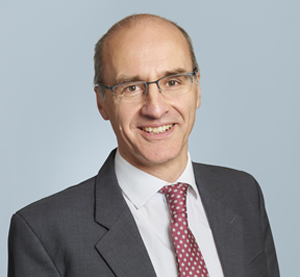 He provides expert advice and representation across a wide range of public and property law issues. Having worked for many years as a solicitor he has a thorough understanding of the pressures of a solicitor's practice, of funding issues and costs. He combines specialist expertise with a pragmatic and client-focused approach.  He is ranked as a leading junior in both Chambers and Partners and Legal 500 and described various as “very impressive”, “a very calm advocate who deals well with cases and gets excellent results”.

He has special expertise in working for clients who lack mental capacity or who are otherwise vulnerable, and is frequently instructed to act for the Official Solicitor.

Ben undertook pupillage at a leading company law set before he re-qualified and spent 13 years as a solicitor carrying out a range of legally aided work. He returned to the bar in 2010. Since 2009 he has also sat as a Tribunal Judge hearing a wide range of social security benefit appeals.

Ben sits as a First-tier Tribunal Judge on a range of welfare benefit appeals. As counsel he has been involved in a number of strategic benefit cases.

He has developed special expertise in acting for asylum seekers and other persons from abroad seeking welfare support, whether from the Home Office or local authorities. He can assist across a range of issues relating to migrant welfare, including dispersal, support for overstayers, unaccompanied minors, age disputes, and community care issues.

Ben acts frequently for vulnerable children and their families, and for vulnerable adults in need of community care services. He can provide specialist advice and representation with regards to the rights of disabled persons in need of care and support, disputes as to care charges, access to healthcare and continuing healthcare, "looked after" children, homeless children and their families, inter-authority disputes, and rights under the leaving care provisions.

Example of recent cases include:

Public and administrative law is central to Ben's practice. While his public law work is focused mainly on the social welfare and community care fields, he can assist across the range of public law issues.

Ben has a particular interest in legal aid/funding issues. He has extensive experience of advising and representing providers in dispute with the LAA, whether before the contracts review board or the Court. He has acted successfully in a number of claims for judicial review concerning costs assessments and other matters.

In addition to his housing work, Ben has expertise in dealing with wider issues of property law. Examples of recent cases include acting successfully for the Official Solicitor in opposing an application for sale by a trustee in bankruptcy; setting aside a charge on land based on undue influence and economic duress; defending a claim for possession of a Georgian mansion based on constructive trust/proprietary estoppels; defending possession from a mortgagee based on forged signature on a mortgage deed; and proceedings before the Leasehold Valuation Tribunal regarding a claim for a rent repayment order.

Ben has a keen interest in discrimination and equality law issues, in particular with regards to disability.  He frequently deploys arguments based on domestic and international discrimination law to assist vulnerable clients.

Ben has extensive knowledge of the powers and duties of local authorities in relation to housing, child welfare and community care legislation. He also has experience of disputes regarding public procurement. While he has acted predominantly for claimants he is happy to provide advice for local authorities.

Ben trained as a mediator with the London School of Mediation. As a member of the Doughty Street Mediation team he accepts instructions to act as a lead or other mediator and to represent parties in mediations.

Ben has experience of resolving disputes across a wide range of practice areas. He is recognised particularly for his expertise in housing/landlord and tenant work (including neighbour disputes and disrepair/personal injury claims), community care and public law. He is numerate, and has further experience of general chancery/commercial and company law disputes.

He has worked in a range of different contexts. Previously he was a solicitor and partner in private practice. He is comfortable with dealing with clients from diverse backgrounds. He also works part-time as a tribunal judge, sitting alone and with a panel of other experts. He is pragmatic and understanding. His lack of pomp or arrogance has been described by Legal 500 as “a breath of fresh air”.

Although based in London Ben is happy to undertake work throughout the UK Please click here to view full mediation profile.

Cheshire West - the cost of compliance