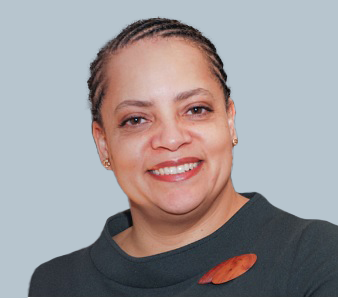 “She has a commanding presence in court.” “She has real, practical experience on a range of cases and she speaks convincingly and compellingly.”

Caroline is an able and experienced senior junior with a broad practice in all areas of media and information law. She acts for both claimants and defendants of all kinds, from private individuals to companies, NHS trusts, trade unions, police officers, website operators and charities.

She was the defendants counsel in the first privacy action over a blog to be tried in England and Wales (Sorrell v Fullsix and Ors). She has particular experience of seeking and defending urgent injunction applications.

Caroline provides pre-publication advice to major publishing houses, particularly in relation to contentious biographies and autobiographies, and to magazine publishers.

What the directories say:

Caroline is consistently recommended as a “Leading Junior” in Defamation and Privacy in Chambers and Partners and in The Legal 500. She has been described in previous editions as “a pleasure to work with”, “adored by those who instruct her” and “client friendly and persuasive in court”.  “When she’s up against a tough opponent, she’s a superstar.”

An experienced practitioner who represents both claimants and defendants in cases concerning libel, privacy, breach of confidence, contempt and freedom of information, as well as human rights law. She has particular expertise in search engine and ISP liability issues.  “She has a commanding presence in court.” “She has real, practical experience on a range of cases and she speaks convincingly and compellingly.” Chambers and Partners 2019

“Exceptionally user-friendly, to solicitors and lay clients alike. A pleasure to work with.” Chambers and Partners 2018

“Has the confidence of the judges and is wonderful at handling difficult opponents with grace and charm.” Chambers and Partners 2017

“Very calm and measured; she instils confidence in clients.”  The Legal 500 2016

“She is a very impressive barrister and a pleasure to deal with.”  “She is very sharp and always manages to provide the right angle.” Chambers and Partners 2016

“She is responsive and user-friendly, and takes a measured approach.” The Legal 500 2015

“Recommended for pre-publication advice relating to biographies and autobiographies.” The Legal 500 2014

“Has unerringly good judgement and is really prepared to get stuck into the detail of cases.”  “She is particularly brilliant at unscrambling complex documentation.” Chambers and Partners 2014

“A great all-rounder”  “highly analytical in her approach and thorough in her preparation.” Chambers and Partners 2013

Pirtek v Jackson (2017) – Counsel for the claimant in this libel action featuring an application for summary disposal following default judgment.

Morrisons Supermarkets PLC v Office of Fair Trading (2008) – Junior Counsel for the defendant in this libel action brought on an OFT press release.

Sheffield Wednesday Football Club and ors v Hargreaves (2007) – Counsel for the respondent in Norwich Pharmacal proceedings against the owner and administrator of a blog and fan site on which fans posted comments derogatory of the football club’s directors and chairman.

Stickland v Emap Metro Limited (2007) – Counsel for defendants in this jury trial, the first libel action brought against Kerrang! Magazine, over remarks made in an interview by members of the band Bullet for my Valentine.

Downtex v Flatley (2003) – Counsel for defendant at first instance in action for libel brought on cautionary letter circulated to creditors.

McPhilemy v Times Newspapers Ltd (2001-4) – Junior Counsel for defendant led by Andrew Caldecott QC in one of the longest English jury trials, brought on an article criticising a documentary, ‘The Committee’, made for Channel Four. A leading case on treatment of opponent’s uncalled evidence, jury trial and costs where a Part 36 offer has been made.

Toth and anr v Rigo-Toth (2017) – Counsel for the claimants in this action which included a successful application for an interim injunction with exclusion zones.

Novak v Guy’s and St. Thomas’ NHS Trust (2013) – Counsel for defendants in successful defence of action for harassment brought by former nurse employee, subsequently made subject to a CRO.

Sorrell and Weber v Fullsix and ors (2007) – Junior Counsel for defendants, in this, the first ever English trial over a blog publication.

Hughes v Carratu International PLC (2006) – Counsel for the applicant on a successful Norwich Pharmacal application to obtain disclosure of the identity of the ultimate client/ recipient of information obtained illegally by an inquiry agent.

Citation v MHL (2007) – Counsel for the claimant company in this action for libel and malicious falsehood brought in respect of comparative advertising issued by the defendant company.

Contributor to Carter-Ruck on Libel and Privacy, 6th edition, 2010

Single publication rule: Is the change introduced by the 2013 Defamation Act the boost to free speech it was expected to be? Are there ways around it? Defamation and Privacy Law Conference (Central Law Training), 2016