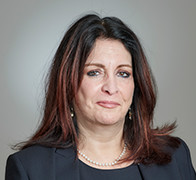 Elise provides advice to multinational businesses and other economic actors on how to understand and respect international human rights norms. The aim is to enable them to prevent or minimise harm to employees, communities and others affected by their operations and thus avoid legal liability for such harm. She provides advice on how to address human rights issues in supply chains, development projects, mining, energy production and other spheres of activity.  Her clients have also included international and domestic governmental agencies, nongovernmental organisations and labour unions.  She offers formal guidance and training to members of the legal profession, business executives and others in the human rights arena and participates in the human rights programs of multiple international and domestic bar societies.

As an international lawyer and mediator, Elise is often called upon to act as a convener for groups and individuals in the field of business and human rights. She is a recognized thought leader in this new and rapidly expanding area of practice and helps raise awareness. One of her principal strategies is to expose her clients to the perspectives of affected communities. Elise believes that changing our lenses and broadening our scopes are essential to ensuring optimal outcomes for all those involved.

She is an Associate Tenant at Doughty Street Chambers in London and "of counsel" of Alkyne in Paris (France) and Geni & Kebe in Dakar, Sénégal. She is also “of counsel” to the Endo et Associés in Montréal, Québec, Canada.

Elise is Principal of the international human rights and social risk consulting group, BI for Business Integrity & Partners LLC, based in Washington, with partners in Kinshasa (Democratic Republic of Congo), Dakar (Senegal) and France.

Elise offers legal advisory and training services to support corporations conducting human rights due diligence, audits and social risk assessments.  She is an expert at helping businesses and financial institutions to assess their legal exposures related to business operations and supply chains in conflict-affected regions. She advises multinational corporations and international organisations on a variety of issues including: due diligence assessments for investments in conflict-prone countries; business complicity in war crimes; corporate criminal liability; and remediation programs for victims of human rights violations occurring near mining projects.

Elise convenes the Advisory Board of the Business and Human Rights project of the American Bar Association Center for Human Rights and has spoken on these issues for the last 10 years. She organized a major conference, held in Paris in March 2013, on International Corporate Liability in Conflict Zones jointly with the leaders of the French National Bar Council (Conseil National des Barreaux/CNB), the French Ministry of Foreign Affairs (Quai d'Orsay) and the American Bar Association (ABA).

A precursor organization led by Elise, the International Criminal Defence Attorneys Association (ICDAA), was responsible for proposing essential provisions on the rights of the defense that were entrenched in the Rules of Procedure and Evidence of the ICC in 1999-2000.  The ICDAA participated in the establishment of a legal aid system in Afghanistan from 2005 until 2011 and did planning work for a similar legal aid project in Haiti.

Elise spent much of her career as a criminal defence attorney in Montréal, litigating complex court cases and engaging in plea-bargaining and negotiations. As a public defender for nine years, she represented thousands of indigent clients. She then started her own practice and handled cases dealing with complex legal policy issues, notably police brutality and a "self defence review" of the cases of women who claimed to have killed their partners in legitimate self-defence. She also sat on a Military Justice Panel advising the Judge Advocate General of Canada for three years.

Elise is licensed to practice law as a barrister and solicitor in Québec (Canada), Paris (France) and European legal institutions including the European Court of Human Rights in Strasbourg. She is also a licensed legal consultant in the State of New York.

In 2009, she was selected to participate in a workshop in the Advanced Study of Nonviolent Conflict at the Tufts University Fletcher Summer Institute in Boston, Mass. She trained with the Québec Bar to become an accredited mediator in 2010.

As set forth in the September 19, 2015 Report of the ABA Business Law Section Task Force on Implementation of the ABA Model Policies on Labor Trafficking and Child Labor, Chair E. Christopher Johnson Jr. Chair of sais Task Force recommended and the Task Force concurred that Elise Groulx Diggs, become a member of the Task Force and on that date she was so appointed.

Elise recently provided an independent legal opinion on the responsible sourcing policy of a major gold refining company. Assessed a policy manual prepared by an expert consulting house to guide the conduct of human rights and conflict minerals due diligence with a special focus on sourcing arrangements with artisanal miners of precious metals ore.

Publications
Title
Elise Groulx Diggs speaks to the BBC on the challenges facing those who wish to undertake commercial activity in conflict-affected areas. (Time stamp: 12 minutes in)