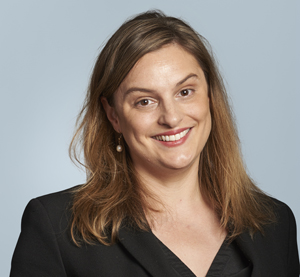 She has been ranked for a number of years in several legal directories for public international law and international arbitration, which describe her as a “brilliant lawyer, thorough in her analysis, precise in her drafting and clear in her thoughts. She is a pleasure to work with under any circumstance, including when faced with the stress of a filing deadline or hearing” (Legal 500, International Arbitration: Counsel, 2021), “an excellent and committed junior who is a great team player and a joy to work with, she works seamlessly across French and English, and fights like a tiger for her clients” (Legal 500, Public International Law, 2020) and a barrister whose “enthusiasm is matched with a razor-sharp mind” (Who’s Who Legal, UK Bar: Arbitration, 2019).

Emilie has further represented parties before a number of international courts, including the ICJ, the ECtHR and the CJEU. She has appeared on behalf of the African Union before the ICJ in the case of Legal consequences of the separation of the Chagos Archipelago from Mauritius in 1965 (Request for Advisory Opinion) and represented francophone regions of Belgium in the landmark case about the compatibly of the dispute resolution provisions in the Canada EU Trade Agreement with EU Law (Opinion 1/17 of the CJEU).

Emilie is fluent in French, Italian and German and has basic command of Spanish.

Acting for a Dutch investor in the financial sector, Mr Buse, in Jochem Bernard Buse v Republic of Panama (ICSID Case No. ARB/17/12), an arbitration commenced under the Netherlands-Panama BIT (instructed by Lindeborg).

Advising a mining company in the context of a potential ICSID arbitration against an African government (led by Salim Moollan QC and instructed by King & Wood Mallesons) (details not public).

Providing an expert opinion in relation to a challenge against two UNCITRAL investment treaty awards on jurisdiction brought by an Eastern European Government at the seat of arbitration (led by Professor Makane Mbengue) (details not public).

Acting for the Government of Pakistan in Allawi v Pakistan and Progas Energy Ltd.  v Pakistan, two arbitrations commenced by investors in the Liquid Petroleum Gas sector under the UK-Pakistan and the Mauritius-Pakistan BITs.

Acting for two telecommunication companies, Millicom and Sentel, in Millicom International Operations B.V. and Sentel GSM SA v The Republic of Senegal (ICSID Case No. ARB/08/20), an arbitration commenced under the Netherlands-Senegal BIT relating to a telecommunication licence.

Acting for the African Union in its intervention before the International Court of Justice in the matter of Legal consequences of the separation of the Chagos Archipelago from Mauritius in 1965 (Request for Advisory Opinion).

Acting for Wallonia and Brussels in the context of Belgium’s request for an opinion of the CJEU on the dispute resolution mechanism in the CETA between the EU and Canada (Opinion 1/17).

Advising a former President as to breaches of the ECHR in relation to his prosecution by the new party in power (led by Edward Fitzgerald QC).

Advising the Hungarian Helsinki Committee in the context of the ECtHR Grand Chamber case of Ilias and Ahmed v Hungary (Application no. 47287/15) (instructed by Fietta LLP).

Advising a Middle Eastern government on the strength of its position, as a matter of international law, in the context of a high-profile dispute with neighbouring countries (led by Geoffrey Robertson QC and instructed by Howard Kennedy LLP) (details not public).

Advising the Government of Somalia on international remedies available in relation to Illegal, Unregulated and Unreported fishing by foreign vessels in the territorial waters of Somalia and on the redrafting of its domestic fisheries law.

Advising the government of Senegal on international remedies available in relation to Illegal, Unregulated and Unreported fishing by foreign vessels in the territorial waters of Senegal (led by Professor Makane Mbengue).

Acting for Fininvest, an Italian media company in its claim against Italy before the ECtHR, the company belongs to Silvio Berlusconi and is bringing a claim in relation to judgment of the Italian Supreme Court which affects Fininvest’s shareholding in several media groups (led by Edward Fitzgerald QC).

Acting for the Belize Bank Limited in enforcement proceedings against the Government of Belize before the Caribbean Court of Justice, the highest Court in Belize (led by Eamon Courtenay and Angeline Welsh and instructed by Courtenay Coye LLP).

Acting for a financial institution in order to obtain the enforcement of an LCIA arbitral award against a Caribbean State, under s. 66 of the English Arbitration Act 1996.

Acting for BCB Holdings Ltd and the Belize Bank Ltd in enforcement proceedings  relating  to a USD 44 million  arbitral  award  against  the Government  of Belize both before the English courts and the Caribbean Court of Justice.

Emilie is regularly instructed in extradition cases at first instance and on appeal.  She has advised on numerous extradition issues including prison conditions, dual criminality and passage of time.

Advising on the challenge of a red notice issued by a Middle Eastern country against a British businessman on the ground that it was issued in breach of his right to a fair trial.

Advising on the challenge of a red notice issued by a Middle Eastern country against a Canadian businessman on the ground that it was issued in breach of his right to liberty and security and his right to a fair trial.

“Spotlight on OHADA Arbitration following a Recent Decision of the Common Court of Justice and Arbitration”, YAR, (April 2016), Ed. 21, (co-author)