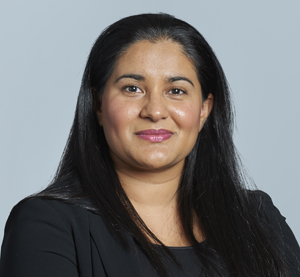 Erim is a specialist criminal defence practitioner who is instructed in serious and complex criminal cases ranging from homicide and serious violence, terrorism, serious sexual offences both recent and historic, large scale frauds, regulatory and financial crime and large scaled drugs cases. Erim is instructed as leading counsel, junior counsel and sole counsel and engages in cases as soon as instructed and assists at all stages of the criminal proceedings. She regularly appears in Crown Courts across the North West, North East, South West and at the Central Criminal Court.

Erim gained considerable experience being in charge of her own cases in the Crown Court criminal department of a solicitors’ firm. Having worked for a large solicitors firm before joining the Bar, Erim is experienced in representing suspects at police stations for interview. Erim continues to use this very useful experience and knowledge to provide pre police interview advice to solicitors in complex or serious cases and to apply to exclude evidence wrongfully obtained.

Due to her approachable manner, she is regularly instructed to represent clients with mental health issues and youths charged with serious criminal offences.

Erim's significant trial experience in financial crime makes her the go to practitioner for complicated proceeds of crime hearings and applications for reconsideration of confiscation orders. She has developed a very strong practice in fraud cases.

Erim is also experienced in representing individuals before professional disciplinary proceedings including the GMC. She also has significant experience in coronial law and has represented families of the deceased who have either died in state custody or which has a pseudo criminal dimension.  Erim has also represented families of deceased where there is breaches of state responsibility, including hospital deaths.

She also has extensive experience of taking cases to the Court of Appeal and is  a contributing author to Taylor on Criminal Appeals (2nd ed OUP 2012).

Erim has appeared for military personnel charged with criminal offences both in the UK and when serving abroad, particularly Germany. Her experience of cases involves offences committed shortly after returning from operational service and issues surrounding whether the army have properly managed that return and the impact that tours in Afghanistan and Iraq had on the offending behaviour. She has been instructed to defend Army personnel charged with violent and sexual offences as well as the military offences of AWOL and desertion.

Erim is regularly instructed to represent families of the deceased. Erim has extensive experience of representing families where there are state failures to protect, failings of the emergency services and hospital and medical negligence. Erim represented the family of Nicola Sutton, who was murdered by her ex partner who was released on licence in relation to a sentence of assault where the complainant was the deceased. The probation service and police failed to heed the warnings of ongoing threats and failed to supervise the boyfriend who went on to unlawfully kill Nicola in a frenzied attack using a samurai sword. Jury made critical findings in this case. Erim also represented the family of Raymond Sim who was discharged from hospital without being properly checked and treated and was found three days later in the hospital grounds.


Having heard submissions over the course of two days, Mr ...Read more


Members and staff from Doughty Street’s Manchester and Lo...Read more