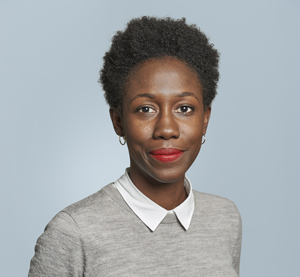 Jelia is a specialist practitioner in international law, and immigration and asylum law. A member of Chambers’ Children’s Rights Group, she is particularly interested in the nexus between these areas and child rights.

Jelia’s international law practice is based around international criminal law, international humanitarian law and international human rights, and she advises individuals, non-governmental organisations and  international organisations in these areas.  Recent and ongoing instructions include acting for two NGOs in a third party intervention before the Colombian courts  related to the human and environmental rights of an indigenous community affected by mining in their ancestral lands; representing civilian casualties and their families in a case concerning drone strikes and the unlawful use of lethal force; conducting a year-long fact-finding for the International Committee of the Red Cross on the impact of mandatory reporting laws on healthcare provision for victims of conflict-related sexual violence in Africa, the Middle East and Latin America; and advising TRIAL International on the admissibility and treatment of audio-visual, digital and open source evidence by international criminal courts and tribunals.

Jelia is currently engaged as a legal consultant by the Oxford Institute for Ethics Law and Armed Conflict on research project, conducted jointly with Save the Children, regarding overcoming  barriers to accountability for core international crimes against children; and as a legal adviser to the UN Special Rapporteur on extrajudicial, summary or arbitrary executions in respect of her forthcoming report to the Human Rights Council.  In addition, Jelia has advised on cases before the Inter-American Commission and Court of Human Rights, and the UN treaty monitoring mechanisms, and has delivered trainings on international human rights law to lawyers in Mauritania, Nigeria, Colombia and Argentina. In 2019, she was named International Law Barrister of the Year by Advocate, the Bar's leading pro bono charity.

Jelia has a broad immigration practice and is instructed in appeals and judicial review proceedings related to asylum, human rights, deportation, trafficking, and Dublin III. Jelia  has a strong  interest in the legal responses to the EU migrant “crisis” and appeared as junior counsel in the Court of Appeal in SSHD v ZAT and Ors [2016] EWCA Civ 810, a landmark judicial review on the family reunifications rights of unaccompanied minors in the Calais ‘Jungle’ (led by Michael Fordham QC). In June 2018, Jelia was awarded a Pegasus scholarship by the Inner Temple to work as a legal volunteer in Greece with Safe Passage, an NGO providing advice and representation to lone child refugees in Europe  on safe and legal routes to family reunification and international protection. She is currently instructed by the World Organisation Against Torture  as lead legal analyst in an investigation into torture and ill-treatment along mixed migration routes in sub-Saharan Africa, including in connection with EU externalisation policies.

Jelia has a particular interest in children’s rights. She represents  age disputed migrant children, children in need of support and accommodation under the Children Act 1989, and unaccompanied minors seeking family reunification in the UK under Dublin III. Between 2017-2019, Jelia served as Junior Counsel to the Independent Inquiry into Child Sexual Abuse, on the Roman Catholic Church investigation (led by Riel Karmy Jones QC).

Prior to joining Doughty Street, Jelia worked for a number of international organisations and NGOs, including the International Criminal Court, the Extraordinary Chambers in the Courts of Cambodia, the Centre for Justice and International Law in Argentina and the Political Prisoner’s Solidarity Committee in Colombia.

Jelia holds a first class LLM degree in Public International Law from University College London. She is a native French speaker and is fluent in Spanish and accepts instructions in both of these languages.

Jelia’s specialist practice spans the whole spectrum of immigration law and asylum law, including the Refugee Convention, the European Convention on Human Rights, nationality law, trafficking, EEA law, unlawful detention, deportation, immigration bail and the Immigration Rules. She regularly represents vulnerable claimants, including unaccompanied minors and victims of torture and gender-based violence, before the First-Tier and Upper Tribunals (Immigration and Asylum Chamber and has appeared in the Court of Appeal.

Jelia’s specialised knowledge of international criminal and humanitarian law means that she is well placed to advise on exclusion cases under Article 1(A) Refugee Convention. Recent work includes delivering an in-house training on this topic at a leading immigration firm (with Steven Powles) and assisting Alison Pickup in an exclusion case based on allegations of crimes against humanity in Iran and advising on the operation of the defence of duress under international criminal law.

Jelia gained a wealth of experience in international law prior to joining Chambers.  In her role as a law clerk to Judge Akua Kuenyehia at the Appeals Chamber of the International Criminal Court, Jelia was involved in the drafting of interlocutory appeals in the cases of Prosecutor v Bemba and Prosecutor v Katanga and Ngodulo Chui.  Subsequently, as an intern in the Office of the International Co-Prosecutor of the Extraordinary Courts of Cambodia, she was a member of the prosecuting team in Case 002 against four senior Khmer Rouge cadres charged with war crimes, crimes against humanity and genocide.

In addition, Jelia worked at the Centre for Justice and International Law in Argentina, where she was involved in strategic human rights litigation of cases relating to counter-terrorism, indigenous rights and women’s rights, before the Inter-American Commission and Court of Human Rights. More recently, Jelia served as a legal adviser in Colombia for the Political Prisoners Solidarity Committee. In that role, she was heavily involved in torture prevention work and monitored and reported on prison conditions. She also provided advice and representation to internally displaced communities and families of victims of enforced disappearances and extra-judicial killings in Inter-American proceedings; and led workshops on transitional justice in the context of the ongoing peace negotiations between the Colombian government and the FARC.

Jelia has advised on public law matters in the immigration law context, including fresh claims and age disputes, as well as challenges under the Children Act 1989, and cases at the interface of domestic and international law. Reported cases include:

Since 2017, Jelia has been instructed as Junior Counsel to the Independent Inquiry Into Child Sexual Abuse (“IICSA”). IICSA is a statutory inquiry established in 2014 to examine the extent to which major institutions in England and Wales have discharged their duties to protect children from sexual abuse. Jelia is involved in the investigation into the Roman Catholic Church and specifically into the prevalence of child sexual abuse and child protection failures in schools run by the English Benedictine Congregation (led by Riel-Karmy Jones QC). The Inquiry’s report into Ampleforth and Downside schools was published in August 2018 with further hearings to be held in 2019.


The World Organisation Against Torture (OMCT) has release...Read more