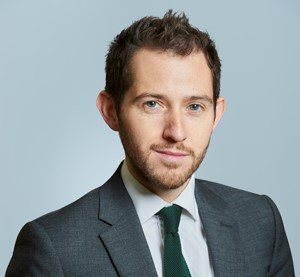 Jesse specialises in public law, human rights, inquests and civil actions against public authorities. His expertise encompasses public and private law claims involving complex points of law, as well as evidence-heavy and contentious civil trials and inquests. Jesse is equally assured advising on novel points of law and making legal submissions in public law and international human rights proceedings, as he is in cross-examining witnesses before coronial inquiries and in civil trials.

Jesse is co-author of Halsbury’s Laws of England: Rights and Freedoms, a contributor to Inquests: A Practitioner’s Guide (LAG) and Judicial Review: Law and Practice (Jordans), he has written on prison law and human rights for LexisNexis, and writes regularly on judicial review and inquest law for Legal Action. He co-edits and contributes to Inquest Law, and regularly writes and provides training on public law, human rights, inquest law and police law issues, including for the Public Law Project and INQUEST.

Jesse has extensive experience of bringing domestic and human rights-based public law challenges in a number of areas, including inquest, police and prison law, immigration detention, and claims against the CPS. His judicial reviews include challenges to:

Jesse is regularly instructed in contentious inquests involving serious individual and systemic state failings. He is a recognised expert in inquest law: he is a member of the Inquest Lawyers Group Steering Committee; has co-authored INQUEST’s submissions to the Lord Chancellor and Chief Coroner on funding and inquest conclusions; writes and provides regular training on inquest law and Articles 2 and 3 ECHR; and co-edits the Inquest Law journal.

Jesse is currently instructed in a number of complex and high-profile inquests, including:

Jesse also acts in related public and private law proceedings. His judicial reviews include challenges to coronial decisions refusing to resume inquests following criminal proceedings and refusing to sit with a jury. Jesse is regularly instructed to represent bereaved families in dependency and human rights claims following deaths in custody.

Jesse acts in a wide range of high-value and complex civil claims alleging serious abuses of state power. He is regularly instructed to represent bereaved families in dependency and human rights claims following deaths in custody, and has recently secured high-value settlements in a number of such claims. Jesse represents victims of police violence, unlawful arrest and malicious prosecution, and has secured settlements of over £50,000 in a number of recent cases. He has represented a number of claimants who have sustained serious injuries as a result of police use of force, as well as acting in claims arising from police failures to investigate, the unlawful policing of protest, police surveillance, racial discrimination, strip-searching of youths, misuse of private information, and claims under the HRA 1998.

Jesse uses his judicial review and prison law experience in bringing civil claims against the prison authorities, private contractors, the Ministry of Justice, the Parole Board and the Probation Service. He has acted for clients in claims for assault, failures to make reasonable adjustments for disabled prisoners, and violations of Articles 5 and 8 ECHR arising from maladministration, delay and the imposition of invasive prison and licence conditions. Jesse also acts for immigration detainees in civil claims arising from unlawful detention, drawing on his public law experience and his successful record in immigration bail hearings, including for Bail for Immigration Detainees.

Jesse acts for prisoners at all levels: before the Parole Board and Close Supervision Centre panels, in applications to the High Court for tariff reduction, in judicial review proceedings, and in civil claims for damages against the prison authorities, the Ministry of Justice, the Parole Board and the Probation Service. Jesse’s judicial review work includes challenges to:

Jesse has acted in a number of successful international human rights claims:


The Supreme Court has this morning given judgment in a la...Read more