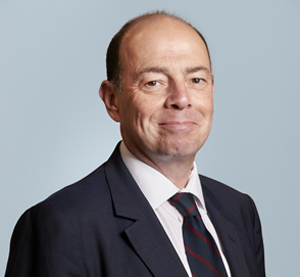 A first-rate silk with in-depth experience across all areas of serious crime, Bennathan is praised as an "eloquent advocate who can grasp the attention of the judge or jury as needed." "He is a ridiculously clever barrister who is very good at putting clients at ease." – Chambers UK, 2018. Star Individual [Chambers and Partners 2019] and nominated for Criminal Silk of the Year [Legal 500, 2019].

Joel Bennathan QC has an established defence practice in serious and complex crime. In the last year he has successfully acted in high value fraud and confiscation cases, recently having a solicitor’s conviction for money laundering overturned in the Privy Council. He also practises in other heavy crime, having defended in many of the major terrorist trials of recent years, as well as in cases of murder and the largest ever armed robbery.

A significant part of his work consists of appeals to the Court of Appeal, the Supreme Court, the Privy Council, and the European Court of Human Rights, including a large number of referrals by the Criminal Cases Review Commission. In recent years Joel has had convictions for murder and terrorist offences overturned in the Court of Appeal, won a landmark decision in the House of Lords, and argued a number of cases in the Grand Chamber of the European Court of Human Rights. He also acted in a Privy Council appeal in a murder case from Bermuda addressing the use of police officers as expert witnesses.

Chambers and Partners wrote: Joel Bennathan QC is the counsel of choice for many solicitors due to his “calm authority and approachability.” So impressed was one source that he called Bennathan "the most intelligent man I have ever met.”

The Legal 500 [2019] placed Joel as a band 1 QC commenting ‘Excellent, especially at appeals work and cases involving legal submissions’ making him the only QC in the top band named for both trial and appellate work.  He was shortlisted as "Crime Silk of the Year" at the 2019 Legal 500 Awards.

Chambers and Partners [2016] directory ranked him as a band 1 QC and wrote: "He is a class act. He is a persuasive and forceful advocate and his submissions are always powerful." "He is very conscientious, very intelligent, absolutely brilliant with juries, and solicitors can always get advice from him very swiftly." In 2019 Chambers and Partner placed Joel in their highest, “Star Individual”, category.

Outside the criminal field, Joel has considerable experience in litigating the effects of crime in the civil courts, having acted for numerous claimants in actions against the police and in a successful High Court action suing for murder. He acted for a torture victim who won damages from the United Kingdom for its alleged complicity in his illegal detention and torture abroad and, in 2018, for 3 men who settled a case against the CPS, winning substantial damages, for misfeasance in a public office based on failures to disclose material before their trials. Joel also acted for two companies in their successful appeal against an HMRC finding of criminal conduct, in a case listed before the First Tier Tribunal [Tax Chamber]. He also acted in a case before the Civil Division of the Court of Appeal, seeking to extend the anonymity granted to juveniles beyond their 18th birthdays and in the leading Court of Appeal case on trials held in secret. He is Counsel of choice for a number of solicitors and other professionals facing disciplinary action by their professional bodies, after his success in having a senior lawyer at News International cleared of all charges after a prolonged series of hearings before the Solicitors Disciplinary Tribunal.

Joel Bennathan QC is a hugely experienced criminal appellate lawyer, with a series of successful appeals to the Court of Appeal and the European Court of Human Rights. He was Counsel in some ground-breaking appeals such as the Afghan Hijack appeal [Safi and others (duress)] and Mills and Poole [old miscarriage of justice appeal]. In recent years he has won appeals in murders [Stretch (DNA), Scamp (Provocation/ domestic violence), Higgins and Dunn (failures in disclosure)], terrorist offences [Zafar and others, Faraz Ahmed], fraud [Holt, Khemka], possession of firearms [Omotosu] and sexual offences [Qureshi, Nikwane and VA]. He was Counsel for Al-Khawaja (hearsay), for Hutchinson (whole life terms) and the 21/7 bombers (right to legal advice in interview) in three cases before the Grand Chamber of the European Court of Human Rights and won a landmark appeal in the House of Lords [Clark and McDade]. He has acted in a number of long running miscarriage of justice cases [Kevin Lane and Tony Stock].  A moment of pride was getting costs against the Lord Chancellor after a successful Judicial Review of the imposition of a Recovery of Defendants Costs Order [R [Baybasin] v Woolwich Crown Court]

Joel has attracted praise from clients and judges alike; Lord Bingham spoke of his “notably able and attractive argument”, Lady Justice Hallet, Vice President of the Criminal Division of the Court of Appeal, of his “customary eloquence and skill”. Chambers directory wrote "He is a very powerful appellate advocate."

He is co-author of the Criminal Appeals Handbook.

After decades of litigation numerous courts and tribunals and numerous cases before the European Court of Human Rights, Joel is well equipped to advise public authorities as to the legality or otherwise of their actions and systems. Most recently he was employed by the Police Commissioner for Northumbria to investigate allegations of bullying within that force. His report and its recommendations were accepted in full by the Commissioner. He has previously advised a health authority facing the risk of prosecution for its policies and practice in supplying healthcare within prisons and another health authority as to the awfulness of a proposed rearrangement of their contractual relationship with GPs.  In 2016 he was consulted by the Law Commission about proposed reform of the Official Secrets Act.

There has hardly been a significant terrorism trial in the last 10 years in which Joel has not appeared. As a junior he appeared, without a leader, in the appeal of the leader of the Afghan hijackers and then, as leading junior, defending the first defendant on the indictment in the Fertiliser Bomb Plot. Once a QC, he secured the acquittal of one of the men accused of conspiring with the London Tube bombers and took the case of those convicted of the 21st July bombings to the Grand Chamber of the European Court of Human Rights. He has appeared in numerous other terrorist cases and a string of appeals, such as Ahmed Faraz, cleared on appeal of disseminating terrorist publications. In 2015 Joel defended Erol Incedal, the man acquitted in the “secret terrorism trial” [leading Richard Thomas] and acted for Hasib Hamayoon who was acquitted after standing trial accused of plotting to behead a soldier or police officer on Remembrance Day.

Joel has appeared in SIAC hearings for those seeking to avoid deportation and in a series of Control Order, now TPIM, cases. He was instructed for a claimant seeking to challenge his detention under the Terrorism Act “port stops” and also acted for a torture victim, obtaining damages from MI5 and MI6 for their alleged complicity in his mistreatment in Bangladesh.

Joel has written and broadcast about the Extradition Act 2003, opposing the special status given to the USA. He has conducted cases opposing extradition in the City of Westminster Magistrates Court and on appeal to the High Court raining issues of article 8 family rights, delay and entrapment by USA law officers and their agents.

Joel had many years of experience in “traditional” cases of suing the police for false imprisonment, assault, and malicious prosecution. He advised the families of the Hillsborough victims. More broadly, Joel has developed a specialism in suing for the effects of crime in the civil courts; some years ago, led by Paddy O’Conner QC, he succeeded in a High Court action alleging murder. Joel acted for a torture victim who won damages from MI5 and MI6 for complicity in his mistreatment in Bangladesh and was instructed for a claimant seeking to challenge his detention under a Terrorism Act “port stop.” Similarly, he sought to have extended detention under a previous Terrorism Act declared unlawful in the High Court. Joel acted for two companies in an FTT [Tax Chamber] successful appeal against an HMRC finding of criminal payments. He acted for three successful appellants when they went on to sue the Crown Prosecution Service for misfeasance, based on profound failures in pre-trial disclosure that led to their wrongful conviction and imprisonment; they all won substantial damages.

Joel gained experience in professional regulation as a senior prosecutor for the Bar Standards Board. Since then he has developed a wide defence practice, advising a Health Care Trust facing investigation and possible prosecution for the death of a prison inmate.

Joel has often appeared before the Solicitors Disciplinary Tribunal, recently avoiding a solicitor who had been caught up in money laundering from being removed from the roll. He defended Jonathan Chapman in a protracted and complex case alleging his involvement in covering up phone hacking as a senior corporate lawyer at News International; Mr Chapman was cleared of all charges. Joel has also advised an Isle of Man Solicitor facing action from the Manx Law Society following her successful appeal to the Privy Council against a money laundering conviction, in which appeal he also acted.

In the medical field Joel has acted for a pharmacist in his High Court appeal against being removed from the Register and for a GP seeking his reinstatement to the Register. He was instructed on behalf of a medical student facing her University’s fitness to practice procedure. In recent years Joel took the case of Dr Al Khawaja to the Grand Chamber of the European Court of Human Rights in litigation supported by the Medical Defence Union.

With many years of experience in litigating fatalities in the criminal courts and analysing and criticising police conduct both in the context of crime and actions against the police, Joel is well equipped to act in inquests and related litigation. He has direct experience both from acting for the bereaved at first instance and obtaining permission to judicially review the coroner in an inquest connected to an IRA jail escape case at HMP Whitemoor

Gunman found not guilty of murder, attempted murder, and possession of a firearm with intent

Publications
Title
When is a time limit not a time limit? Darroch v AG of Isle of Man [2019] UKPC 31