Jude specialises in judicial review, human rights and media law. He is an expert in arguing novel and high-profile points of law and has acted in 15 cases before the Supreme Court. His practice includes cases involving open justice, surveillance, national security, prisons, police, international law, and women’s rights.

In 2020, Jude was named "Public Law Junior of the Year" at the Legal 500 Bar Awards and "Lawyer of the Week” in The Times.  He is called to the bar of Northern Ireland and a member of the Equality and Human Rights Commission panel of counsel.

In Chambers and Partners (2019), Jude is highly ranked in administrative and public law, civil liberties and human rights, defamation and privacy, police law, and inquests and public inquiries.  Feedback includes: “extremely bright”, “amazing energy”, and “A barrister you can really trust never to let you down in his analysis of complex points of law. He is brilliant, committed and approachable.”

In Legal 500 (2019), Jude is ranked in administrative and public law, civil liberties and human rights, and inquests and inquiries.  Client quotes include: “Thoroughly impressive and detailed in his analysis” and, “extremely intelligent, passionate, and a phenomenal advocate.”

Jude is a public law expert.  He appears for and advises claimants, companies, public interest groups, and media organisations.  He has acted in public law claims at every level including in open justice, prison, national security, women’s rights, national security and criminal justice cases.

Jude is an expert in open justice issues and regularly represents the media in challenges to reporting restriction orders, in contempt issues, and in applications to obtain Court material.  Jude is one of a small number of barristers who specialise in issues relating to the protection of journalists and their source material.

Recent first-instance challenges include acting for The Sun on the prosecution of Carl Beech, for The Guardian on the Undercover Policing Inquiry, for The Sunday Times in the Iran tank arbitration, and for a group of media organisations in the Hillsborough criminal trials and Operation Tendersea.

Jude provided pre-publication advice to national newspapers and broadcasters (including The Times, The Guardian, and the BBC) between 2007 and 2017.

Freedom and Information and Data Protection

Jude is regularly instructed in cutting-edge civil claims against public authorities, including the police, security services, and government departments.

Jude has considerable experience in representing prisoners at every level, from the Parole Board to the European Court of Human Rights. He has appeared in a number of the most important prison law claims of recent years, including:

Jude has also significant experience in challenging decisions of criminal courts, prosecutors, and investigators before the appellate courts.  Recent cases have included:

Jude acts for the families of the deceased in judicial review and civil claims arising out of inquests.

Jude also represents families in high-profile inquests which raise concerns about failures on the part of state agencies.  Recent cases include a number of inquests in Troubles-related deaths, the inquest into the death of Rashan Charles, and the neglect verdict following the death of Duncan Tomlin.


We are delighted to announce Jude Bunting has won Human R...Read more


In a judgment handed down today in the case of R (Maughan...Read more

“Special award for achievement” during pupillage (2006). 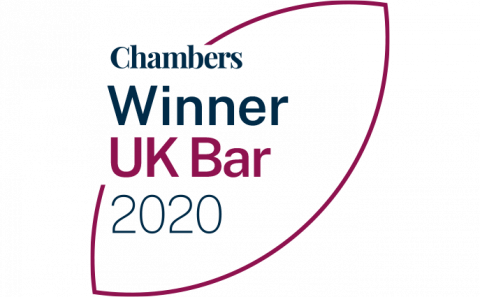