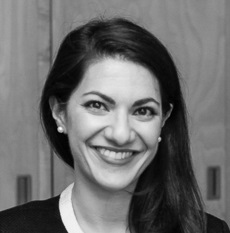 She is sought after for serious and complex cases involving violence, weapons, trafficking, sexual offences, drugs, theft and fraud; and successfully represents clients at the Court of Appeal, Divisional and Administrative Court.

Karlia is able to provide plain, accessible advice to clients at all stages of proceedings on a private or legal aid basis. Direct access instructions are also welcome.

Prior to joining the Bar, Karlia worked for a number of non-governmental organisations and law offices supporting clients facing the death penalty and lengthy prison sentences. This included roles at the Centre for Criminal Appeals and Reprieve, where she helped clients to appeal murder convictions through applications to the Criminal Cases Review Commission; and liaised with the Foreign and Commonwealth Office to assist British nationals facing capital charges for drug importation in Pakistan.

Karlia has a keen interest in international law and spent time in Cambodia conducting research for DC Cam to facilitate the work of the ECCC in their prosecution of Khmer Rouge cadres for crimes against humanity. She was also part of a legal team instructed to represent 34 Cypriot claimants seeking damages from the British Ministry of Defence and the Foreign and Commonwealth Office for torture carried out during the “Cyprus Emergency.”

Karlia represents individuals charged with a range of driving offences including dangerous and careless driving, and driving with excess alcohol/ drugs. She is often able to save clients driving licences by arguing exceptional hardship and special reasons.

Karlia Lykourgou wins Inspirational Woman of the Year, Under 35 Lawyer of the Year

Karlia Lykourgou nominated for Inspirational Woman of the Year, Under 35 Lawyer of the Year