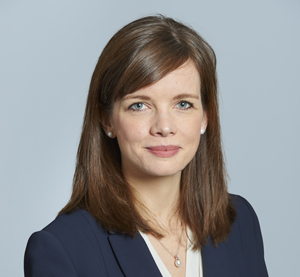 Katie is Deputy Director at the human rights charity, Reprieve.  She is responsible for managing Reprieve’s UK litigation, engagement with international and regional human rights mechanisms, and legal publications.

As a barrister, Katie specialised in international human rights law, public law and public inquiries. She is ranked in the leading legal directories in Administrative and Public Law, Civil Liberties and Human Rights, and Inquiries and Inquests. Comments include: “A superb barrister”, “her work rate is phenomenal”, “intellectually brilliant and razor-sharp - a future star in the field” (Legal 500 2020); “She has a clear and mature drafting style”, “a pleasure to work with - responsive, extremely hard-working and organised, practical and very user-friendly” (Legal 500 2020); “She is top-class; one of the rising stars of the junior Bar”, “responsive, considered and clear in her advice”, “She’s brilliantly clear-sighted, very bright and on-point”, “Nothing’s too much for her – you just give her a task and it’s done” (Chambers 2020).

Katie has acted in cases at all levels including in the Supreme Court and Court of Appeal, and has regularly appeared unled in the lower courts in judicial reviews on behalf of vulnerable adults and children at risk. She has served as counsel to multiple high-profile public inquiries, including several years as counsel to the Independent Inquiry into Child Sexual Abuse and the Undercover Policing Inquiry, and as an independent reviewer of sexual abuse and terrorism prosecutions in Northern Ireland.

Katie has advocated for individual clients before UN bodies, including the Human Rights Committee, the Working Group on Arbitrary Detention and Special Rapporteurs.  She has reported to the European Parliament on human rights issues including Brexit. She has appeared as counsel before the European Court of Human Rights, including a successful challenge to the UK government’s ‘bedroom tax’ regime on behalf of domestic violence victims living in sanctuary scheme homes.


IICSA has published its report into the child migration s...Read more