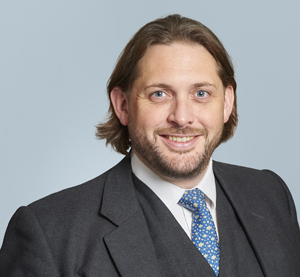 What unites a majority of Lindsay’s areas of practice is the need for accommodation, whether through the housing legislation, for children, for those in need of community care services, or otherwise. He has appeared in a number of cases in the higher courts on housing matters, community care issues and matters relating to corporate governance and also has experience in relation to ‘best interests’ litigation, property law, commercial landlord and tenant and leasehold enfranchisement. By necessity, each of these specific practice areas, requires consideration of principles of human rights, equality and discrimination and capacity.  He is recognised as a leading junior in housing in Chambers & Partners 2012.

Lindsay embarked on an academic career before joining chambers, undertaking post graduate research first at Kings College London and subsequently at the University of Nottingham. Whilst studying, he lectured law at undergraduate level (both Land law and European law).

Lindsay is an advocacy trainer with Inner Temple.

The broad umbrella of public law encompasses all of Lindsay’s practice: from public law defences in possession proceedings, through claims for judicial review for the provision of social care, to challenges to administrative action. It is that natural overlap in his practice which enables him to provide comprehensive advice and representation in any given topic.

Lindsay regularly appears in the Administrative Court. He represented some of the interveners in Law Society v Legal Services Commission & Others [2010] EWHC 2550 (Admin) (judicial review of the tendering process undertaken by the LSC for the award of family law contracts under the 2010 civil bidding round) and in R (Gallagher) v Basildon DC [2010] EWHC 2824 (Admin), [2011] PTSR 731,challenging a local authority’s failure to comply with a recommendation of the Local Government Ombudsman.

Lindsay is involved in all aspects of Community care including actions for and against Local Authorities and Primary Care Trusts.  This includes issues such as the provision of care plans, protection of vulnerable adults (POVA), capacity and associated issues, services for the disabled and associated discrimination issues, claims pursuant to the Children Act 1989 and all matters relating to funding.

Recent cases include R (Gallagher) v Basildon DC [2010] EWHC 2824 (Admin), [2011] PTSR 731, which arose from the Dale Farm litigation and related to the enforceability of recommendations by the Local Government Ombudsman; R (Attfield) v Barnet LBC (pending), concerning increases to parking charges; R (H) v Essex CC [2009] EWCA Civ 1504; [2010] 1 F.L.R. 1781, regarding the payment of residence order allowances for grandparents; Hunt v Local Government Ombudsman CO/13701/2009, jurisdiction of the LGO under Local Government Act 1974 and the circumstances in which a complainant has "a remedy".

The principles of equality and discrimination are ever present in all of Lindsay’s areas of practice, which require detailed knowledge of equality and discrimination law from the requirement for reasonable adjustments, to equality impact assessments and the principle of non-discrimination under Art.14, ECHR. For example, in Dixon v Rochdale MBC it was unsuccessfully argued before the county court that there had been a breach of Art.14 by compelling the defendant - as a secure tenant - to pay water charges under threat of eviction. Likewise, advising on the drafting and application of homeless strategies and allocation policies requires consideration of equality and discrimination issues as does asserting that a local authority has not complied with its equality duties when determining the level of need for adult social care services (R (Ford Shubrook) v Camden LBC).

Lindsay's practice covers all aspects of housing law, from grass roots possession actions, through anti-social behaviour to homelessness and allocations and actions under the Housing Act 2004. Lindsay has advised and represented clients on housing matters as diverse as housing management; stock transfer; allocation schemes; leases and tenancy agreements; rents and service charges; security of tenure; possession proceedings; right to buy; housing conditions and disrepair; unlawful eviction; housing benefit; grants and subsidies. He has both brought and defended possession claims on the basis of arguments arising from Art.8, European Convention, and the proportionality of eviction; he has also brought and defended numerous public law challenges, including cases based on failure to follow allocation policies, anti-social behaviour polices and failure to comply with homelessness duties. Lindsay has also brought and defended disrepair claims.

Property work includes matters such as: mortgage possession proceedings; disputes as to the beneficial ownership of properties (arising out of disputes between the joint owners themselves or in the context of claims by mortgagees); trusts of land; propriety estoppel; claims arising out of contracts for sale of land; boundary disputes; claims for adverse possession. Lindsay has represented clients in the LVT on service charge and leasehold enfranchisement issues.

Lindsay has a developing practice in the Court of Protection and is instructed by the Official Solicitor on cases involving capacity, deprivation of liberty/DOLS/Article 5, equality, medical treatment, residence and funding issues. He is also alive to and aware of the issues of capacity in the broader areas of practice in which he specialises. Recent cases include Lewis v Carmarthenshire CC (pending) which will address the approach to be taken by a court when faced with an unrepresented litigant who prima facie lacks capacity.

Lindsay Johnson has advised extensively within his practice on data protection issues and freedom of information. In particular, the use of CCTV footage, the use of council tax data for other purposes and the sharing of data between local authorities and partner organisations. Within all his work, there are issues of privacy - both within the context of article 8 and at common law - and the conflict between private rights and rights of freedom of expression: for example protest cases - such as Manchester Ship Canal Investments Ltd v Persons Unknown [2014] EWHC 645 (Ch) - involve the balancing of rights under article 10 and private rights of property ownership, whereas challenges to administrative decision making often have their routes in issues based on privacy and data protection: R (Gallagher) v Basildon DC [2011] PTSR 731. Within the context of his work (in particular through professional witnesses in anti-social behaviour matters), Lindsay is also frequently called on to consider the limits to investigatory powers under the Regulation of Investigatory Powers Act 2000.

Suitability in the time of Coronavirus