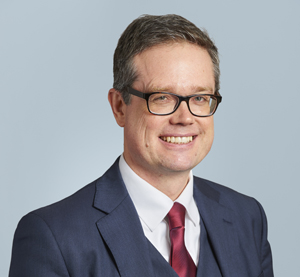 Malcolm is a renowned and highly-experienced extradition specialist who acts in complex and grave matters such as terrorism, murder and serious sexual offences. He has advised and acted in extradition cases from over 40 countries. Malcolm has particular experience with US and Russian extradition requests; he defended in the first US case involving a suspected member of Al Qaeda in the Arabian Peninsula.

He secured the discharge of a Chechen fighter, wanted to stand trial in Russia for murder on the grounds that there was a real risk he would suffer a flagrant breach of the right to a fair trial. The case is notable, as the man had fought extradition from Belgium to Russia and lost his appeal to the European Court of Human Rights: Zarmayev v Belgium (app. no. 35/10) 27 May 2014 The decision to allow his appeal in the UK, in effect, reversed the decision of the European Court.

He also secured the discharge of an alleged Italian terrorist, wanted for multiple offences of murder, armed robbery and other firearms offences on Article 6 grounds. Malcolm has won cases on the grounds of double-jeopardy, dual criminality, mistaken identity, torture and ill-treatment and the right to private and family life.

Malcolm advises on challenging INTERPOL Red Notices and those seeking to head-off extradition requests before a warrant has been issued. He advises on and drafts applications to the European Court of Human Rights.

Malcolm is ranked as a leading, Tier 1 junior in International Crime and Extradition in the Legal 500 Guide to the UK Bar 2017 where his work on US and Russian extradition cases is highlighted.

He is recognised as a leader in the field of extradition law by Chambers and Partners. Solicitors describe him as ‘exceptionally good’, ‘absolutely brilliant’ and he is singled out for his creativity, equanimity and fearlessness. Malcolm is noted for staying extremely calm but firm when under enormous pressure in court. He is described as a top notch advocate, being very creative in coming up with new points of law and commended for being very good with clients. Noted as a fearless advocate with superb knowledge in extradition matters, Malcolm is able to combine his legal expertise with his knowledge of the Russian language.

Prior to coming to the Bar, Malcolm worked for human rights organisations such as Human Rights Watch and Amnesty International as Russia/Belarus researcher in London, New York and Moscow. He helped uncover serious human rights violations on both sides during the second armed conflict in Chechnya and has published a number of reports on the dictatorship in Belarus.

Malcolm has acted and advised in cases from:

South Africa: no answer to real risk of inhuman and degrading treatment


A British man, represented by Malcolm Hawkes, has been di...Read more