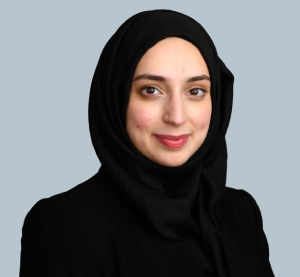 Maryam is a popular choice amongst lay and professional clients for her detailed preparation, fearless advocacy in court and personable nature. She is a compassionate listener who fights for her clients with determination and gets great results.

Maryam has experience in a wide range of criminal offences. As a led junior, Maryam is instructed in cases involving homicide, firearms, terrorism and large scale fraud. As leading counsel, she has defended in cases of serious violence, conspiracy to supply firearms, politically motivated offending from terrorism to protest, financial crime, fraud and regulatory matters, sexual offences, drugs supply conspiracies and kidnapping.

She worked on several high-profile terrorism cases during her secondment with Reprieve, representing leaders of political parties sanctioned as terrorists by the UN, US and UK. She was part of a team that brought the first due process challenge in the US against the inclusion of a US citizen on a “Kill List”, whilst reporting on the conflict in Syria. She has experience in cases involving legal challenges to the use of state extra-judicial killing by drones and/or mercenaries. She assists individuals challenging their listing by the UN Security Council Counter-Terrorism Committee.

Maryam is experienced in advising on appeals against conviction and sentence before the Criminal Division of the Court of Appeal.

Maryam is determined to encourage other ethnic minority women to enter and stay in the profession. She is happy to be contacted to speak to students in schools and at career fairs.

R v A & Ors – Snaresbrook Crown Court (ongoing). Led junior in 5 handed conspiracy to supply firearms with intent to endanger life. Substantial amounts of phone evidence in circumstances where the conspiracy spanned several months and the prosecution rely on evidence across seven different handsets said to be held by the defendant Maryam is representing.

R v MN Snaresbrook Crown Court (ongoing). Leading counsel in a s18 stabbing between family members where there is a history of domestic violence.

R v MM Snaresbrook Crown Court (ongoing). Leading counsel in a s18 x2 stabbing case against two members of the public where fitness to plead/ capacity to form specific intent is in issue.

R v CC Winchester Crown Court. Leading counsel representing defendant charged with large multi-handed drugs conspiracy. Maryam successfully submitted the charge was duplicitous and principles of double jeopardy applied as the defendant had already served a period of imprisonment on a previous drugs conspiracy with some crossover; her submissions resulted in the crown offering no evidence.

Maryam has significant expertise in protest cases raising issues of freedom of speech and proportionality. She has represented activists and dissidents on a variety of charges arising out of protests around the country with outstanding success.

R v Crack & Ors – Represented 6 defendants charged with offences related to protests about fracking in the UK. All 6 defendants acquitted after trial.

R v Becker – Student charged with obstructing a highway during protests on campus. Successful no case to answer submission, leading to acquittal.

R v Smith – Uxbridge Magistrates’ Court Defendant was charged with 3 counts of Assault PC against female officers. He was acquitted following half time submissions on the basis that the officers had unlawfully assaulted him by using force not in contemplation of arrest. He had been entitled to use reasonable force to defend himself.

R v D – Wimbledon Magistrates Court The defendant was acquitted of obstructing a drugs search where the officer conceded he had failed to comply with search requirements under PACE Codes.

R v Gharbi – Enfield Magistrates Court Where four officers had unlawfully strip searched the defendant using such force that he received serious permanent injury, their failure to comply with PACE Codes meant they were not acting in the execution of duty.  Not guilty of Assault PC.

R v S – Unlawful search of defendant’s home meant his subsequent arrest, detention and strip search were all unlawful. He was entitled to resist being forced to enter the police van and was not guilty of obstructing an officer; the officer had not been acting in the execution of his duty.


The defendant M was a Dutch national alleged to have part...Read more