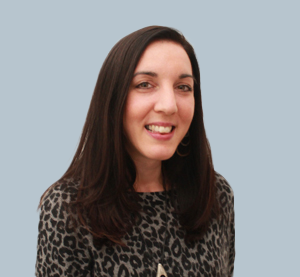 Michelle is a specialist practitioner in immigration, asylum, human rights and public law.

Michelle is regularly instructed in judicial reviews, First-tier Tribunal and Upper Tribunal asylum and human rights appeals. She has a particular interest in representing clients with mental health problems, disabilities, children and victims of trafficking. She has specialist expertise in family reunification claims for children and vulnerable adults. She also advises in private law actions for false imprisonment and human rights act damages claims.

Since 2015 Michelle has frequently represented children and vulnerable adult asylum seekers seeking reunification with family members in the UK in accordance with their right to family life and under the Dublin III Regulation. Some of her significant cases in this area include:

Michelle also has particular expertise in trafficking claims, including judicial reviews of NRM decision-making, unlawful removals, asylum claims and damages claims for investigative failures. Significant cases in this area include:

Michelle has been instructed in numerous other significant cases concerning children and young people’s rights. The following are some examples:

After working at the Legal Aid Department in Lilongwe in 2006, Michelle established the Malawi Public Interest Case Support Project with the Bar Human Rights Committee and lawyers in Malawi in 2009. She has advised in Malawian cases concerning women's property rights, police brutality, lengthy remands in homicide cases, and the closure of radio stations for “national security” reasons during the July 2011 protests.

Michelle is a trustee of Room to Heal a charity providing community-based therapeutic support for refugees and asylum seekers who have suffered human rights violations.

Prior to training as a lawyer, Michelle worked for several international development NGOs. In 2003 she founded a UK registered trust called Nyumba Ya Thanzi which supports community designed and implemented projects in Malawi. Nyumba Ya Thanzi currently supports a centre for children with HIV located in Salima, Malawi.

Michelle specialises in human rights and asylum cases. She is frequently instructed to represent particularly vulnerable clients including victims of torture, victims of trafficking, children and clients with physical and mental health problems.

She has successfully acted in a number of complex “war crimes unit” exclusion cases, including for clients accused of involvement in international crimes in Iraq and Rwanda.

She frequently represents clients in deportation Article 8 judicial revies and appeals and has a particular interest in cases relating to the best interests of children.

Michelle frequently acts in detention cases, including detained fast track, bail and public and private law detention challenges. These include a number of cases with mental health aspects to an unlawful detention claim.

Before training as a barrister, Michelle worked at Wilson Solicitors LLP as a senior immigration caseworker. Many of her clients suffered from mental health problems, often as a result of their traumatic experiences in their countries of origin and in trying to claim asylum in the UK. She is particularly well placed to advise on case preparation having worked as a caseworker.

Michelle’s practice in this area arises out of her immigration practice. In particular, she has expertise in the duties of police and other public authorities towards victims of trafficking, particularly relating to the investigative duties arising under Article 3 and 4 ECHR. She is also involved in a claim against immigration officers for their conduct of a dawn raid.


The 10-year route to settlement (10YRS) was introduced in...Read more