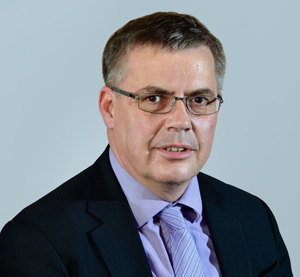 Prior to coming to the Bar, Nick Toms was a freelance journalist specialising in politics, current affairs, trade unions and labour relations. Nick is a member of the Haldane Society of Socialist Lawyers, GMB, UNITE.  He is also Chair of Governors at a Community Primary School in Lambeth.

Nick Toms is an experienced specialist in employment and discrimination law.

Nick is a very experienced employment and discrimination lawyer. He primarily represents Claimants in employment claims and has appeared in the employment tribunal, employment appeal tribunal and court of appeal.  He has extensive experience representing Claimants supported by their trade union.

Nick is recommended by Chambers and Partners: where he is described as ‘an extremely committed advocate for his clients’.

Nick has extensive experience in professional discipline and regulatory work.  He has represented registrants in fitness to practise proceedings before the General Medical Council (GMC), the Nursing and Midwifery Council (NMC), the Health & Care Professions Council (HCPC), the General and Social Care Council (GSCC), the General Teaching Council (GTC) and the Bar Standards Board.

Nick has been instructed in a wide range of cases including allegations of lack of competence, substance abuse, gross negligence and dishonesty. He has particular expertise in medical and child protection cases.  Nick has also presented appeals in the First Tier (Social Care) Tribunal.  Recent cases have included:

Nick has represented a wide range of clients in personal injury claims including involving accidents at work and road traffic accidents.

In a landmark case in the St Helena and Ascension Island Supreme Court, Nick Toms has established a common law right to fair treatment in the event of dismissal


In a landmark case in the St Helena and Ascension Island ...Read more