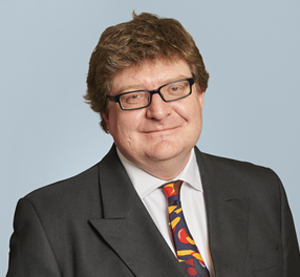 Nick specialises in the fields of clinical negligence, legal negligence, personal injury and human rights, in particular, deaths in custody and other actions against the police and the prison service.

Before coming to the Bar, Nick worked for a firm of solicitors, including spending six months working on the 1987 Birmingham Six Appeal. Since then Nick has represented a number of victims of miscarriages of justice both in the United Kingdom and abroad. He has  advised in relation to applications to the Criminal Cases Review Commission. For three years between 2001 and 2004, Nick was one of the attorneys of record for Mumia Abu-Jamal, the prominent African American political activist, journalist and writer, who is on death row in Pennsylvania. Nick was admitted pro hac vice to the state and federal courts in Pennsylvania and the Third Circuit Court of Appeals.

Nick acts on a CFA basis in many of his cases and will provide pro bono advice and representation in an appropriate case.

Nick regularly represents bereaved families in clinical negligence inquests. Following a recent two month inquest in Manchester, the jury returned a verdict of unlawful killing on the basis of gross negligence manslaughter on the part of the deceased patient’s general practitioner.

He also regularly acts for claimants in complex personal injury cases arising out of not only both road traffic and industrial and workplace accidents, but many other contexts. He has a particular interest in brain injury and severe psychiatric injury.

Nick also specialises in the family’s common law and Human Rights Act claims arising out of deaths in custody and deaths involving the police and other public authorities, such as the ambulance service.

Nick has specialised in legal negligence cases for many years in a wide variety of claims against both solicitors and barristers, including Queen’s Counsel, across the whole legal spectrum.

Nick was junior counsel in McLoughlin v. Grovers [2005] EWHC 1741; [2006] EWCA Civ 1167 (a multi-million pound case arising out of the allegedly mishandled preparation of the appellant’s defence to serious criminal charges) and in Masterman-Lister v. Brutton & Co.; Masterman-Lister v. Jewell and Anor [2002] EWHC 417 (QB); [2002] EWCA Civ 1889 (the first appellate authority for the test of mental capacity under the Mental Health Act 1983).

Nick has recently been retained to act on behalf of a multi-national development bank in a legal negligence case in Tanzania arising out of the loss of the opportunity to apply to set aside a multi-million pound arbitration award.

Other recently settled and current cases include:

Over the years Nick has acted for both claimants and defendants in legal negligence cases arising out of the whole variety of contentious and non-contentious work, including domestic and business property transactions, mortgage frauds and the drafting of commercial agreements.

Nick has also advised and acted for solicitors in connection with professional misconduct issues, including proceedings raising dishonesty issues commenced by the Solicitors Regulatory Authority, and proceedings to enforce solicitors’ undertakings.

Nick was part of the legal team who advised the Porton Down Veterans in relation to their group action arising out of the experiments which were carried out at Porton Down between the 1940’s and 1980’s. His product liability work includes the Hepatitis Litigation and the Fetal Anti-Convulsant Litigation.

Nick has acted for claimants in civil actions against the police for many years. His clients have included claimants wrongfully charged with murder, kidnapping and rape as well as claimants who have suffered severe psychiatric injuries.

Related work includes a claim for malicious prosecution against the Official Receiver,  claims relating to the disclosure of confidential information gathered during police investigations, including claims arising out of additional information disclosed by the police in Enhanced Criminal Record Certificate, claims for malicious procurement of arrest, claims in false imprisonment arising out of unlawful immigration detention and applications for  under Section 133 of the Criminal Justice Act, 1988.

Nick has extensive experience of coronial law. He has represented many bereaved families at inquests arising out of deaths in custody and deaths involving police action as well as clinical negligence deaths and deaths following industrial accidents.

Nick was part of the legal team representing the family of Ronald Maddison, the serviceman who died during an experiment involving the use of sarin nerve gas in 1953, at the Porton Down inquest in 2004 and the subsequent unsuccessful attempt by the Ministry of Defence to judicially review the jury’s verdict of unlawful killing (R (on the application of the Ministry of Defence) v HM Coroner for Wiltshire & Swindon [2006] EWHC 309).

Nick’s other inquest and related work on behalf of bereaved families includes:


Over 600 bereaved family members and survivors of the Hil...Read more


Nick Brown and Christopher Johnson have contributed an in...Read more


This morning the Supreme Court has handed down a landmark...Read more 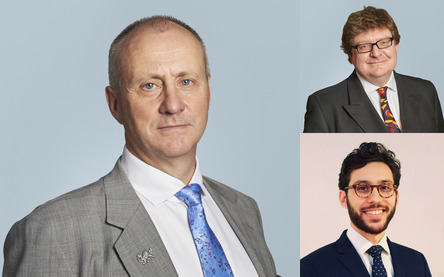 At the front line of Covid-19 – forgotten victims?