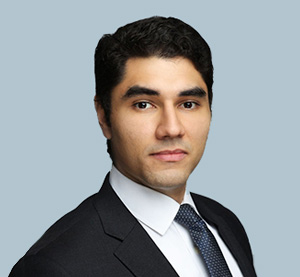 Omran is a criminal defence specialist with experience representing clients accused of a wide array of offences.

Omran specialises in cases that raise complex questions of law, including the interaction between human rights and crime. His experience in and knowledge of the criminal system means he is regularly instructed in crime-related matters including stalking protection orders, sexual risk orders, applications to delete cautions and claims for mishandling of conviction data.

Omran is a creative and fearless barrister, determined to secure the best outcome for his clients. He does not shy away from arguing novel points of law. He is well-liked for his down-to-earth approach that puts clients at ease. He is sought after for his strategic approach to cases and his tactical acumen.

Omran is qualified to accept instructions directly from members of the public on the Direct Access Scheme.

Before coming to the bar Omran worked with several NGOs on counter-terrorism issues including extraordinary rendition, torture and drone strikes.

Omran supported Manchester United while Paul Pogba was still there. He is now an ardent Juventus supporter.

“Omran went over and above in defending me. He put me and my family at ease during the most stressful time in my life. I can’t thank him enough.” - NZ, acquitted of rape

“We are grateful to Mr Omran Belhadi for his clear and succinct submissions, both in writing and orally before us” - Court of Appeal

Omran is instructed in all manner of criminal cases. A sample of his cases include:

Omran has been successful in appeals before the Court of Appeal. A sample of his cases include: