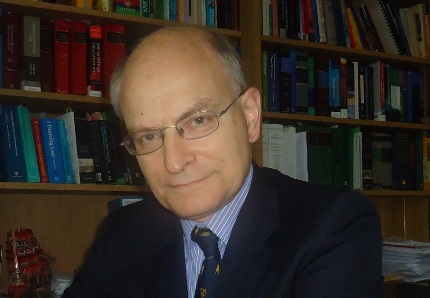 Paul Harris S.C. is a public law and human rights specialist who also has considerable experience of other areas of civil litigation. He is based at Doughty Street, but also practices in Hong Kong, where he is one of the territory’s leading public law silks.

In his English practice Paul does a wide range of immigration, housing and other public law cases. Recent immigration cases include asylum claims from Belarus and China,  a family reunion case from Nigeria and a complex case involving an entrepreneur from Malaysia.  Recent  housing cases include recovery of substantial damages for disrepair on behalf of a  former mortgagor who had become a tenant of the mortgagee. Paul has also successfully used ECHR Article 8 to prevent a mentally ill man being evicted from a hostel

Paul is currently representing Olivier Bancoult in an attempt to set aside a House of Lords judgment against the Chagos Islanders in 2008 on grounds of breach of duty of candour by the FCO.

Paul has extensive experience of Africa dating back to a previous career in overseas aid.

Paul is a former chairman of the Bar Human Rights Committee and a prolific author. His most recent book is “The Right to demonstrate” (Rights Press, 2007). A further book “Raising Freedom’s Banner – how peaceful demonstrations have changed the world"  is due to be published this year. He has recently published articles on developments in the law relating to demonstrations; on the right of self determination in international law; and on the problems of defamation via the internet.

He speaks fluent French German and Spanish and regularly translates legal documents from those languages. He is an Associate of the Institute of Translators and Interpreters. He also speaks fluent Cantonese Chinese and can conduct conferences in Cantonese.

Paul obtained First Class marks in Trusts in his Oxford degree, and later taught the law of trusts at the University of Hong Kong. He appeared in the high profile “Magic Score” litigation in Hong Kong (Esquire Electronics v HSBC), about breaches of fiduciary duty by a bank. He has considerable experience of disputes about equitable interests in property,  and has recently advised in a complex inheritance dispute raising conflict of laws issues, relating to a house in London owned by a Malaysian deceased with his domicile and applicable inheritance law in doubt.

Paul has extensive experience in his English practice of both public and private sector housing law, including a successful Article 8 claim on behalf of a mentally ill man facing eviction from a hostel. He has also appeared in cases involving restitutionary and estoppel based claims to interests in property.

Paul has many years experience of immigration law, at all levels up to the Court of Appeal. He has represented numerous asylum applicants,  appeared for Freedom from Torture as an intervener in cases involving Sri Lankan Tamil refugees, represented investors and entrepreneurs, and is currently involved in an unusual judicial review involving two persons with similar names whom the Home Office wrongly treated as one person, so that an application remained undetermined  for 14 years.

Paul regularly represents prisoners at Parole Board hearings. He has appeared successfully  for controversial and high profile prisoners. He also has experience of prison related judicial reviews and of adjudications.

As well as immigration and prison judicial reviews, Paul has represented applicants in judicial reviews involving community care, review of decisions of tribunals, review of allocation of legal aid franchises, and many others. He recently appeared in the Supreme Court in the Chagos islanders case R (Bancoult) v Secretary of State for Foreign & Commonwealth Affairs [2016] UKSC 35.

In his Hong Kong practice Paul has been involved in very high profile judicial reviews against the Commissioner of Police, Director of Immigration, and Broadcasting Authority among others. He is the editor of the Judicial Review  section of the Hong Kong White Book, Order 53 (similar to CPR Order 54 in England & Wales).

Paul Harris is very well known as a Hong Kong Senior Counsel ( equivalent to Queen’s Counsel in the UK).  He is most well known for a series of successful human rights cases against the Hong Kong government ( see main entry on web-page) but has wide experience of other areas of Hong Kong law, including land, commercial disputes, employment, personal injury, injunctions ( including Mareva and Anton Piller orders), and contested probate actions. He has handled a number of cases involving difficult issues of conflict of laws.  Paul frequently advises UK based clients on Hong Kong law. He is  the author of the third edition of “The Conflict of Laws in Hong Kong”, Sweet and Maxwell, March 2017.

PAUL HARRIS S.C is a fully qualified civil and commercial mediator who trained with the London School of Mediation. As a member of the Doughty Street Mediation Team he accepts instructions to act as a lead or other mediator and to represent parties in mediations

Paul is in practice as a barrister in England and in Hong Kong, where he is one of Hong Kong’s leading public law silks.

Paul has a very wide range of experience both as a lawyer and in dispute resolution. As well as his expertise in public law, he is experienced in the fields of commercial law, including commercial arbitration, housing law, land law (including equitable interests in property, adverse possession, boundary disputes and neighbour disputes), and personal injury work.

Paul has been a war crimes investigator and was an international observer for the East Timor Independence Referendum.  As such he is well-used to dealing with very tense situations in a calm and constructive manner, and he is known for his approachable and down to earth style.

Although based in London, Paul is happy to undertake work anywhere throughout the UK and to undertake short mediations outside the UK. He speaks fluent French, German, Spanish and Cantonese Chinese.

Paul’s most recent book is “The Conflict of Laws in Hong Kong” (Third edition, Thompson Reuter 2017).  This is a major work which is the standard Hong Kong textbook on private international law.

His previous book was  a popular history book with a legal aspect to it, “ Raising Freedom’s Banner – how peaceful demonstrations have changed the world” ( Aristotle Lane Press, 2015).  This is the only world wide history of peaceful street demonstrations.  Helen Kennedy QC has said about it “ A brilliant analysis of the right to protest by one of the world’s leading experts. Paul Harris’s book is a powerful reminder that freedom and democracy only thrive when this right is protected by law. Historically rich and full of legal ammunition, it made me want to take to the streets as well as the courts”.

Earlier books include “ The right to demonstrate” ( Rights Press 2007), and the “ Election Law” volume of Halsbury’s Laws of Hong Kong.

Paul has also published articles on “Defamation and the internet” ( New Law Journal 2010), and on aspects of demonstration law (New Law Journal, 2009).

Paul was for many years a contributor of  opinion articles  for the South China Morning Post newspaper.


Doughty Street Chambers is delighted to announce that our...Read more


Judgment has been handed down today by the Supreme Court ...Read more