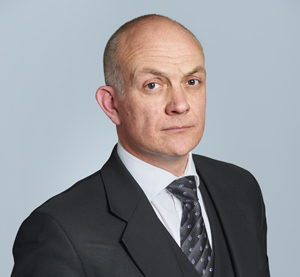 He also specialises in defending allegations of “politically motivated” crime. His work in that area has led him to be instructed on behalf of numerous individuals and organisations in the ongoing Undercover Policing Inquiry.

He acts as Leading counsel, sole counsel and junior counsel, in cases of a particularly serious or complex nature and is consistently highly ranked as a Leading Junior in both the Legal 500 (Tier 1) and Chambers and Partners. In 2019 he was shortlisted for the UK Bar Awards, Criminal Junior of the Year.

Recent commentary from the Directories includes:

‘Piers is just a top barrister — hard working, committed, unflappable and totally dedicated to the cause. He has an excellent manner with clients and is respected by all for his professional, no nonsense approach in all of his cases. He can master and assimilate vast amounts of material.’ -Legal 500 2022

"He is exceptional with clients and knows the law well.” – Chambers and Partners 2022

‘Thoroughly prepared and excellent with both lay clients and solicitors. Jury friendly. Fights for his clients with every sinew of his body and great passion.’ - Legal 500 2021

'Noted for his expertise in terrorism cases. Very client-friendly and a real fighter in court' - Chambers and Partners 2021

'An “outstanding” advocate who is praised for his “first-rate” commitment to his clients'. - Chambers and Partners 2020

'Absolutely tenacious when on his feet.' - Chambers and Partners 2020

'A born defender, his instincts and loyalties lie firmly with the individual' - Legal 500 2018

'He brings a commitment to his clients and to court, which is rarely seen these days' - Legal 500 2017

'He has a natural empathy with clients, which assists him in understanding the issue at hand without compromising his professionalism' - Chambers and Partners 2017

Piers firmly and passionately believes in the independence of the Bar and the right of individuals to receive proper representation when faced with prosecution by the state. Consequently since 2019, he has not been undertaking trial work under the Government’s AGFS Schemes 10, 11 and 12, which he considers to be an unacceptable continuation of a concerted effort to undermine the standards and independence of the Bar.

Details of his most recent and notable, successful defences can be found in the sections below, but include the acquittals of:

Piers also specialises in criminal work with a political and civil liberties dimension; with a particular emphasis on freedom of expression and the right to protest.

He was first instructed as leading counsel at only six years call, in the successful defence of one of the "Sequani Six" defendants, in what has been said to be the longest running animal rights trial in British legal history and the first effective trial under s.145 of the Serious Organised Crime and Police Act 2005.

He has defended prominent Trade Unionists, pickets, political activists, Animal Liberation Front activists, hunt and badger cull saboteurs/monitors, environmental and anti-arms trade protestors, Student and London “rioters” and was instructed in a large number of the Fathers4Justice cases. He secured the only acquittals in the Bristol Stokes Croft “Tesco Riot” cases and acted for defendants in the Occupy movement, including the occupation of Trafalgar Square and the eviction of the St.Paul’s camp.

He is instructed in the Undercover Policing Inquiry on behalf of a number of Non-State Core Participants, across all six tranches. His clients include the Campaign for Nuclear Disarmament, the Stop the War Coalition, a former Labour Member of Parliament and members of the Socialist Workers’ Party, Troops Out Movement, Youth against Racism in Europe and the Socialist Party. His opening statements to the Inquiry can be found here and here.

Before being called to the Bar, Piers gained considerable experience running the case preparation section in the criminal department of a solicitors’ firm in the Midlands. He also worked on civil actions against the police and cases involving gypsy rights.

He also travelled extensively around the world, funding his travels with work as a scuba divemaster, English teacher and journalist.


Yesterday, The Court of Appeal quashed the convictions of...Read more

Court of Appeal quash convictions of the Shrewsbury 24


Fourteen of the “flying pickets” known as the Shrewsbury ...Read more