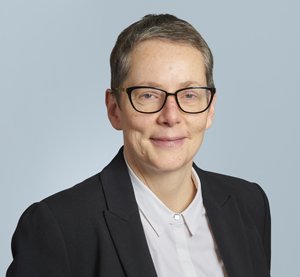 Chambers & Partners describe Rebecca as: “an exceptional silk” who is in “in a league of her own”, “her preparation and grasp of the facts are phenomenal”, she is a “supremely intelligent and astute barrister.”

Rebecca is Joint Head of the Criminal Team at Doughty Street Chambers. She is listed as a leading Band 1 silk in Chambers & Partners. She has extensive experience in the most serious, complex and high-profile criminal cases. She accepts instructions in both private and publicly funded cases as well as on a public access basis.

In the 2021 edition of Chambers and Partner she is described as “An exceptional silk who is regularly instructed in high-profile and challenging criminal matters, including murder, terrorism and gross negligence manslaughter cases. Many of her cases are widely reported on and she is praised for having really great judgement. Exceptionally thoughtful and strategic silk whose preparation is superlative. Incredibly thorough, very bright and fantastic with clients, she knows exactly what points will land.” Over the years Rebecca has been described in Chambers & Partners as being a silk “in a league of her own”. “Her preparation and grasp of the facts are phenomenal”, she is a “supremely intelligent and astute barrister” with "excellent judgment and fine analytical skills" and “a cool, tactical approach”. She is "meticulous in preparation” and “a pleasure to work with”.

The 2021 edition of the Legal 500 reports that she is a “Deep strategic thinker, exceptionally bright, sure footed, team player, commands the courtroom and has the ear of judges and juries alike. Sees the big picture but also the individual at the center of the case. Masters complex facts, issues and law with ease - a true pleasure to work with.” In previous editions it has been said that “She can do highly technical advice to the same high standard she does blood-and-guts advocacy”, she is “alarmingly bright and tactically brilliant”, she “resolves contentious issues with diplomacy and steel” and "her tactical and forensic knowledge is first rate”.

Full details of the cases in which Rebecca has been instructed are set out below. Cases of note in 2019-20 include: R v Eastgate: representing the first of four defendants charged with domestic and international cocaine trafficking and alleged to sit at the top of an organised crime group with a geographical reach across the UK and into Spain, Holland, Switzerland and Ireland. Following submissions on behalf of Mr Eastgate in relation to inadequacy of disclosure, concerns in relation to the legality of investigatory techniques and the appointment of special counsel, the prosecution offered no evidence. R v Ludlow: Defendant with autism recruited by ISIS and charged with preparing acts of terrorism, namely an attack on members of the public by driving a vehicle along the pavement in Oxford Street, central London. R v Mahdi Mohamud: Defendant with paranoid schizophrenia charged with three offences of attempted murder committed during a terrorist attack at Manchester Victoria train station on New Year’s Eve. R v Lacomba: Defendant charged with the murder of his former partner and mother of his children, Sarah Wellgreen, whose body has never been found. R v Jalloh, gang related murder by shooting, mistaken identity.

Rebecca’s 'career cases' also include Anxiang Du, murder of 4 members of the same family following an acrimonious business dispute; Al-Khawaja and Tahery v UK, European Court of Human Rights, admissibility of hearsay evidence; Jim Devine MP, charged with false claims in relation to parliamentary expenses; Mamdouh Hamza, soliciting the murder of four members of the Egyptian Government, undercover police officers posing as former SAS contract killers; Naseer v USA, extradition sought by the USA in relation to an alleged Al Qaeda plot to cause explosions in central Manchester, appeal concerned with the prohibition against inhuman and degrading treatment and the conditions of detention in US ‘Supermax’ prisons to which terrorist  suspects are subjected; Bruce Childs, appeal against convictions for 6 murders in the 1970s, described by the Crown in open court as “one of the gravest cases in British forensic history”, false confession and alleged police malpractice; Grant, appeal against conviction for murder; abuse of process, police using covert listening devices to record solicitor/client conversations in breach of legal professional privilege; Farnell v CCRC, the first ever successful judicial review of a decision of the CCRC not to refer a case back to the Court of Appeal; R v Lambert, House of Lords, compatibility of s.28 Misuse of Drugs Act with Article 6 (2) ECHR, retrospective effect of Human Rights Act in criminal proceedings.

Rebecca also regularly provides advice on criminal related matters including: advice on ‘hate speech’ and terrorism related material to a major online retailer; to an International Trade Association in relation to the potential liability of the company and its officers arising from fraudulent expenses claims by its members;  to a major political party in relation to the eligibility of a candidate for the office of Police and Crime Commissioner; to the Centre For Corporate Accountability, advising the family of a man killed in an accident at work as to legality of decision by CPS not to prosecute for manslaughter.

She is also instructed in criminal related civil cases and inquiries, including The Home Office Independent Review of the forensic investigation into the killing of Damilola Taylor (representing the Forensic Science Service) and Nicklinson and L v Ministry of Justice in the Court of Appeal Civil Division, a judicial review concerned with the rights of autonomy and dignity and the law of murder and assisted suicide (representing the British Humanist Association).


Having heard submissions over the course of two days, Mr ...Read more


Today the prosecution offered no evidence in the cases of...Read more 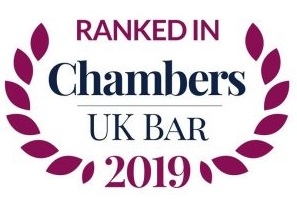