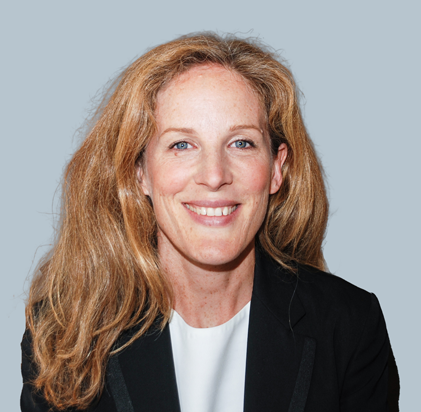 "‘a real star of the junior media Bar’. She is hugely impressive, excellent with clients and very strong in her field”

Listed as “up and coming” in the Evening Standard’s 1000 Most Influential People, Sarah practices in all areas of media and information law, including defamation, privacy, breach of confidence, data protection, freedom of information, harassment, negligent misstatement, Articles 8 and 10 related human right law, contempt, election law and reporting restrictions. She also has a strong interest in media regulation. She is recognised by the legal directories as a leading barrister in these areas.

Sarah has appeared in numerous high-profile defamation and privacy actions. She represented Associated Newspapers, publishers of the Daily Mail, at The Leveson Inquiry and previously acted on behalf of the BBC at The Hutton Inquiry into the circumstances surrounding the death of Dr David Kelly. Her significant cases include acting with Andrew Caldecott QC on behalf of the intervening media in the Supreme Court in Spiller v Joseph, an important case in the development of the defence of honest opinion. High profile claimant cases include acting for Mohammed Dahlan (the Palestinian Authority’s former Minister for Security), Neil and Christine Hamilton and Bruce Grobbelaar.

Sarah is recommended as a leading junior in Defamation and Privacy in Chambers UK, Who’s Who Legal and The Legal 500.

“Popular junior who draws praise for her advocacy skills and busy defamation and privacy practice. She is best known for acting on behalf of newspaper groups and media organisations. ‘I have used her on defamation claims and have been very impressed.’” Chambers and Partners 2017

“Reputable barrister whose expertise covers both defamation and privacy cases. She has been involved in a number of the practice area's key cases, including Spiller v Joseph in 2010. ‘She's enormously hard-working and provides sound advice.’” Chambers and Partners 2016

“She is hugely experienced and talented, and offers practical rather than academic solutions.” The Legal 500 2015

“Sarah enjoys a strong reputation, and is instructed by solicitors for her detailed knowledge of the newspaper industry and her ability to tackle heavyweight disputes. ‘Good drafting and clear advice.’” Chambers and Partners 2015

“She applies academic knowledge and practical intelligence to great effect.” The Legal 500 2014 – Defamation

"She is hugely impressive, excellent with clients and very strong in her field."
Chambers and Partners 2014

“Sarah Palin's recent sorties have included appearing in defence of Associated Newspapers in a libel action brought by Nicola Horlick, as well as acting in a number of other high-profile libel and privacy cases. She is known not only for her knowledge of the media industry, but also for the ‘drive and enthusiasm she brings to each and every case.’” Chambers and Partners 2012

"’proactive and impressive’ Sarah Palin, is ‘very balanced and able to take things in her stride without being fazed by unexpected things happening.’ Her noteworthy work has included acting as junior counsel in a successful reporting restrictions judicial review.” Chambers and Partners 2010

“Sarah Palin, a name on many people’s radar who is ‘amazing for someone so junior’” Chambers and Partners 2008

Carole Carruthers v Associated Newspapers & News Group Newspapers [2019] EWHC 33 QB – junior counsel (led by Catrin Evans QC) for the publishers of Mail Online in respect of a privacy and defamation claim brought by a Haringey social worker. Privacy claim settled after the media succeeded in a summary judgment application of the libel claim.

Steve Morgan CBE v Associated Newspapers [2018] EWHC 1850; [2018] EWHC 1725; [2018] EWHC 3960 – junior counsel (led by Catrin Evans QC) for the publishers of the Daily Mail in respect of a libel claim brought by the chairman of Redrow Housing Plc. Claim settled after a trial of preliminary issues.

Roberto Carlos da Silva Rocha v (1) Westdeutscher Rundfunk Koln (2) Associated Newspapers Limited (2017) – Junior counsel (led by Andrew Caldecott QC) for The Mail on Sunday newspaper in relation a claim for libel by Roberto Carlos, the former Brazilian and Real Madrid player, over allegations that he took performance-enhancing drugs during his career, including in and around the 2002 World Cup, when he won the World Cup as part of the Brazilian national team.

An Inquiry into Human Rights and the Rule of Law in Turkey - Sarah was appointed to assist Lord Woolf CH, Professor Sir Jeffrey Jowell QC KCMG, and Sir Edward Garnier QC in a high-profile inquiry into the current human rights situation in Turkey, focusing in particular on freedom of the press and freedom of expression in Turkey.

Information Commissioner v Colenso-Dunne [2015] UKUT 471 – advised affected third parties in relation to a freedom of information request and whether the information sought was ‘sensitive personal data’ within section 2(g) of the DPA.

MATCH Hospitality AG, Match Services AG & Byrom Group Plc (2014) – junior counsel advising FIFA partners appointed to provide ticketing and hospitality for the FIFA World Cup 2014 and 2018 in relation to defamatory publications around the world following the arrest in Brazil of a company director.

Waghorn v General Medical Council (2014) - Counsel for the GMC in relation to a number of claims for libel, misuse of private information, breach of the Data Protection Act and under the Human Rights Act 1998 by doctors who have been erased or suspended from the Medical Register.

The Leveson Inquiry: Culture, Practice and Ethics of the Press (2011-2014) – junior counsel for Associated Newspapers.

Jooste v General Medical Council (Tugendhat J) – acted for the GMC in a successful application to strike out an action against the GMC in respect of publications arising out of an investigation into the claimant’s fitness to practice and interim suspension.

R v Kupstys (2014) – counsel for national newspaper in an application at Lincoln Crown Court to successfully lift a section 4(2) order prohibiting the reporting of the mistaken release by the Prison Service of a prisoner on remand during his trial for murder.

Edwards v General Medical Council (2014) – acting for the GMC in relation to a claim for libel, misuse of private information, breach of the Data Protection Act and under the Human Rights Act arising out of a fitness to practise investigation.

Thour v Royal Free Hampstead NHS Trust [2012] EWHC 1473 – counsel for the Defendant NHS Trust in a successful defence at a trial before Tugendhat J in respect of a claim brought in relation to a defamatory employment reference.

Sergeant Jones v Cornwall and Devon Media Limited and Western Morning News & Media Ltd (2012) – counsel for the regional media in relation to a claim for libel brought by a police officer in relation to allegations of impropriety in the conduct of his professional duties.

M v East Midlands Newspapers Limited (2012) - acting for the defendant newspaper in a privacy, data protection and negligence claim in relation to an alleged breach of reporting restrictions protecting the anonymity of a victim of a sexual offence.

Dr Petrus Jooste v GMC (2012) – counsel for the GMC in a successful application for summary judgment in respect of a claim for libel, malicious falsehood and damages under the Human Rights Act 1998.

MNO v STU & PQR (2011) – counsel for a government department, instructed by the Treasury Solicitor, in a libel action.

Clift v Clarke [2011] EWHC 1164 – counsel for the Defendant online publisher in a successfully resistance of a Norwich Pharmacal application for the disclosure of information likely to lead to the identification of the authors of comments posted on a national news website.

R v Local World Limited (2011) - acted for the publisher and editor of the North Devon Journal in respect of a prosecution for breach of a s.39 order for publishing the name of a teenage victim. The publisher was fined following a plea of guilty, and the CPS agreed to discontinue against the editor.

Horlick v Associated Newspapers Ltd [2010] EWHC 1544 – junior counsel for the defendant in a libel action brought by Nicola Horlick concerning allegations about her performance as a fund manager. Led by Andrew Caldecott QC in a successful trial by Judge alone of preliminary issues of meaning and whether the words were fact or comment.

Sophie Dahl and Jamie Cullum v Associated Newspapers Limited (2010) - counsel in a claim for breach of privacy in respect of an article revealing details of their wedding.

Dr Hassan v General Medical Council (2008) – counsel for the GMC in an action brought by a doctor under the Data Protection Act 1998 in respect of a fitness to practise investigation by the GMC.

R. (on the application of Dacre) v Westminster Magistrates' Court [2009] 1 W.L.R. 2241; [2009] 1 Cr. App. R. 6 – junior counsel for the defendants in successful judicial review proceedings to quash the magistrates’ refusal to stay a criminal prosecution for breach of reporting restrictions.

Lowe v Associated Newspapers [2007] 2 WLR 595 – junior counsel for defendant (led by Victoria Sharp QC as she then was) in a significant case in the development of the defence of honest opinion.

The Hutton Inquiry – junior counsel for the BBC (led by Andrew Caldecott QC).

Grobbelaar v News Group Newspapers [2002] 1 WLR 3024 – junior counsel for claimant (led by Richard Hartley QC) in the House of Lords (misdirection in the summing-up, excessive damages and perversity) and Court of Appeal [2001] 2 All ER 437 (Reynolds privilege; misdirection and unreasonable verdict).

Attorney-General v BBC [2001] EWHC Admin 1202 – junior counsel for BBC (led by Andrew Caldecott QC) in contempt proceedings arising from the publication of the identity of a victim of sexual abuse.

Sarah Palin awarded The Times Lawyer of the Week


In another step forward in the onward march of transparen...Read more