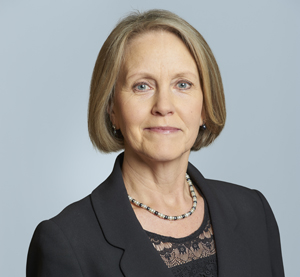 Sue has a mixed civil practice covering employment and professional disciplinary/regulatory law. Her practice is predominantly for Claimants in employment cases, and exclusively on behalf of professionals who face proceedings brought by their regulatory body. She is ranked in Chambers and Partners and Legal 500 as a leading barrister for professional discipline cases. She is described as “extremely impressive in her determination to fight her client's corner with great resolve. She is pragmatic, familiar with the jurisdiction, intelligent, and someone who offers realistic points and puts forward her case very attractively."  Her clients include teachers, police officers, nurses, pharmacists, other healthcare professionals and more.

In her professional disciplinary practice Sue appears regularly at a number of statutory regulatory bodies, only ever representing the individual practitioner. The focus of her practice is on health care professions and she regularly represents nurses, health visitors and midwives appearing before the Nursing and Midwifery Council: physiotherapists, paramedics and speech and language therapists appearing before the Health and Care Professions Council, as well as pharmacists, teachers and solicitors. She has experience of cases involving allegations of serious misconduct, including inappropriate touching of patients, incorrect clinical treatment, criminal convictions and health issues.

Sue represents Claimants bringing claims in the Employment Tribunals on a wide range of issues including unfair dismissal, contract claims, collective redundancy consultation and transfer of undertakings. In recent years the focus of her work has been on complex discrimination cases and whistleblowing. While Sue’s employment work is primarily at first instance she also appears in the Employment Appeal Tribunal and the High Court.

Before coming to the Bar, Sue worked in the trade union movement for many years including for the National Union of Teachers and the Chartered Society of Physiotherapy. Since joining Doughty Street Chambers in 2004, she has continued to maintain strong links with the trade union movement as the majority of her cases, both in employment and professional discipline, are for members of national trade unions. She has also acted for trade unions and the TUC when facing claims against them in the Employment Tribunals.


Instructed by Jennifer Ainscough at Slater and Gordon, as...Read more