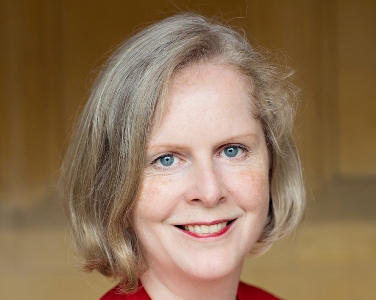 Susie Alegre is an international human rights barrister and consultant with extensive experience working in international development and human rights policy and practice.  She takes a strategic approach to law and policy development with a focus on the effective translation of international law frameworks into practice.  She has worked with accountability and oversight mechanisms including ombudsman schemes, NHRIs and the judiciary in different jurisdictions and she is currently appointed as Interception of Communications Commissioner for the Isle of Man.

Having trained at the European Commission Task Force on Justice and Home Affairs and in the Council of Europe Legal Directorate, Susie has continued to work in and around European law, most recently advising the European Parliament and the Council of Europe on developments relating to data protection and migration.  Since the referendum, Susie has been actively engaged in legal policy debates on Brexit around human rights, the impact on Crown Dependencies and Overseas Territories and the implications for the environment, advising civil society and giving evidence to Parliament.

Susie provides legal and policy advice, technical assistance, research and training on human rights, accountability and the rule of law across the world. Her experience working for international NGO’s like Amnesty International and multilateral organisations such as the EU, OSCE and UN informs her work with a practical insight into legal policy.

She has a particular interest in the challenges faced by small jurisdictions and is the Director of the Island Rights Initiative, a consultancy and think tank dedicated to helping small island communities facing global human rights challenges.

Susie is currently Interception of Communications Commissioner for the Isle of Man. Her annual  reports include recommendations and guidance on legislative and practical reforms for human rights compliance and effective oversight.  In the UK, she advised the Equality and Human Rights Commission on human rights law and was also an ombudsman for the Financial Ombudsman Service where she advised on the development of policy and structures to ensure the effective application of the Equality Act in casework as well as providing training on judicial independence.

Susie has been actively engaged in the legal policy debates on Brexit since the referendum.  She is particularly interested in the implications of leaving the EU for human rights and the environment in the UK and its Crown Dependencies and Overseas Territories and has been invited to give evidence on these issues to several Parliamentary Inquiries.

Susie’s role as Interception of Communications Commissioner in the Isle of Man has given her practical insights into the international human rights framework around surveillance and she has been following developments in the UK closely with a particular focus on extra-territorial aspects of the law.  She is currently engaged in research on freedom of thought, data protection and social media and is advising the on the fundamental rights implications of a proposal for a European Travel Information and Authorisation Scheme.

Rule of Law and International Development

Susie has published widely including scholarly articles on international human rights and public international law. She has also drafted technical guides such as the UNODC guide to the international legal framework and counter-terrorism as well as policy analysis and reports on human rights in regions including Europe and Central Asia, MENA and East Africa. Examples include:

She regularly blogs on developments in international and domestic human rights and public law.

An experienced trainer, she delivers and designs professional training and lectures all over the world. Examples include:


This week, the Judicial Committee of the Privy Council ha...Read more


This event examines how cyber operations are increasingly...Read more

"Pink-eyed terminators" and the importance of the right to freedom of thought.

OSCE – Roster of Experts on Combating Violent Extremism and Radicalisation