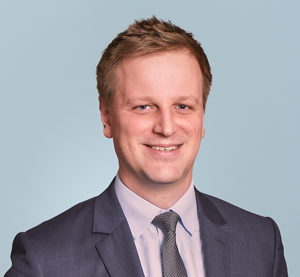 "Described as "bright and creative" Tim Cooke-Hurle is known for his claimant-oriented practice, particularly in human rights matters related to the environmental sphere. Describing him as "incredibly diligent in the way he looks at and analyses the law," clients pinpoint his skills in articulating 'the context of international human rights law with globalisation.' "

In his civil practice, Tim often represents claimants in clinical negligence cases arising from catastrophic and birth injuries. He has particular experience in multiparty and group actions, having assisted in several very large group action claims in the UK civil courts. He is also instructed in a number of multi-party product liability claims, several claims arising from the sexual abuse of children and maintains a busy inquest practice.

Tim has particular experience in international business and human rights claims, including as junior counsel in cases such as The Bodo Community v Shell and The Ogale Community v Shell, both cases arising from oil pollution in Nigeria, Various v African Barrick Gold, concerning mining operations in Tanzania and Various v British Airways and Simon Woods in Kenya. He also advises in relation to complaints under the OECD Guidelines for Multinational Enterprises, such as in the case of Crude Accountability v the KPO Consortium in Kazakhstan and Americans for Democracy and Human Rights in Bahrain v the Formula One Group. He has advised on business and human rights issues in a wide range of other sectors.

Tim has a first class law degree, graduating at the top of his year from the London School of Economics. He gained his Masters in Law from the University of Pennsylvania, where he was a Thouron Scholar. He was awarded a Lord Denning Scholarship by Lincoln’s Inn for his BPTC.

His recent and ongoing work includes:

Tim acts as junior counsel in claims against United Kingdom companies, charities or churches arising from the alleged sexual abuse of children in their care. For example:

Tim is regularly instructed in clinical negligence and product liability claims. For example:

Tim has previous experience working for 18 months for Reprieve on the ‘Gibson Inquiry’ into detainee abuse in the context of the war on terror.


Over 600 bereaved family members and survivors of the Hil...Read more