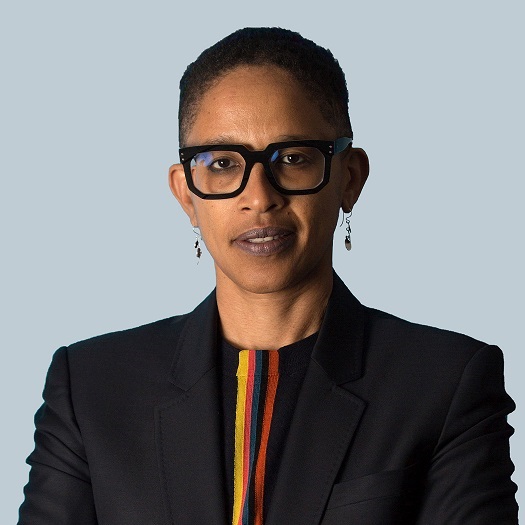 She is a member and former Chair of the Executive Committee of the Discrimination Law Association (Chair 2004-2006), a member of the Advisory Board of the AHRC Research Centre for Law Gender and Sexuality and was for 5 years (2002-2006) an occasional tutor in Labour Law at the London School of Economics and Political Science. She is regularly invited to provide specialist training in respect of both equality and human rights law and mental capacity/mental health law. She has for the past four years delivered training on the Equality Act 2010 at the annual Justice/Sweet & Maxwell Human Rights Law Conference and has done a raft of training sessions on a variety of aspects of Court of Protection practice for local authorities and solicitors in private practice. Prior to coming to the bar she was a part-time lecturer in Politics and International Relations at Queen Mary and Westfield College, University of London.

In the early years at the Bar, employment tribunal work, and in particular discrimination-related work, was the mainstay of Ulele’s practice. Latterly her focus has shifted to mental capacity and related areas of law. She continues, however, to maintain a keen interest in equality and human rights law but now mainly in the context of public and/or private law claims in relation to the provision of services and public functions. She has a comprehensive breadth of knowledge in relation to the operation of the public-sector equality duty, having written extensively on its development and impact. She was junior counsel in JM v United Kingdom (2011) 53 EHRR 6 (UK government was found to have breached rights of a lesbian mother under articles 8, 14 and 1P1 of the Convention by failing to afford her the same rights as a heterosexual parent under domestic child support legislation) and also in respect of the ECHR compensation claims made on behalf of the "Belmarsh Detainees" (A & ors v United Kingdom: detainees subject to detention without trial pursuant to the provisions of Part 4 of the Anti-Terrorism Crime and Security Act 2001, alleged violations of their rights and the UK Government's obligations under articles 3, 5(1), 5(4), 5(5), 6, 13 and 14 ECHR). A small aspect of her practice still includes discrimination-based claims against the police and other detaining authorities.

Prior to the establishment of the Equality and Human Rights Commission (EHRC), she regularly provided advice to the Commission for Racial Equality (CRE) on broad policy issues (counsel instructed to advise and represent the CRE as a claimant in litigation re discriminatory advertisements contrary to s.29/31 RRA) and has acted as counsel for the CRE as an intervenor in strategic litigation (R(Tasmanian Aboriginal Centre & anor v The Trustees of the Natural History Museum, CO/1143/2007, sole counsel: whether the NHM was in breach of its public duty to promote good race relations in approach adopted to the return of aboriginal remains in its custody; R(BSL/SAL) v Secretary of State for Constitutional Affairs & Lord Chancellor & anor, CO/3335/2007, junior counsel: whether, in failing to take proper account of the disparate impact upon black and ethnic minority firms and practitioners, the proposal to reform legal aid provision in criminal cases contravened the race equality duties of the relevant public authorities). She is also on the EHRC’s panel of approved counsel.

Approximately 60-70 % of Ulele’s practice involves litigation in the Court of Protection. She is ranked for Court of Protection work in Chambers and Partners (Band 3) and has in the last 12 months acted in a number of cases involving serious medical treatment, capacity to consent to sexual relations and complicated issues pertaining to the scope and application of the Mental Capacity Act 2005 (“MCA”) where there might be several potential causes of compromised decision-making. She has advised on and acted in an extensive number of cases engaging the MCA including damages claims and the overlap between the jurisdiction of the Administrative Court and that of the Court of Protection in so far as best interests and community care provision are concerned. She regularly appears on behalf of local authorities and private individuals and is on the Official Solicitor’s list of approved counsel.

She has also appeared In the First Tier Tribunal (Mental Health) and the Upper Tribunal in relations to claims brought under or by reference to the Mental Health Act 1983 (“MHA”). She acts in public and private law claims, for and against detaining hospitals and local authorities, and in claims against the police. She has acted in a number of judicial review claims cutting across issues of forced medication, capacity (R(Taylor) v Dr. Haydn-Smith & Ors [2005] EWHC 1668 (Admin)), the scope of guardianship orders, after-care service provision, victims rights under the Domestic Violence Crime and Victims Act 2004 and most recently, the extent of the “appropriate medical treatment” test (D-LH v Partnerships in Care & SSJ [2013] UKUT 500 (AAC). She was junior counsel in Johnson v UK [1999] EHRR 296and R(B) v Ashworth HA and another [2005] UKHL 20 (HL) (treatment of detained patients for non-classified mental disorders permissible under the MHA).