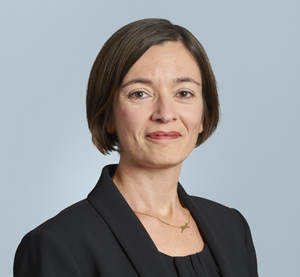 Zoe acts in appeal proceedings and judicial review claims in all areas of immigration and nationality law and is regularly instructed in complex refugee and human rights claims.

Zoe is well-regarded for her sensitive and effective work with vulnerable clients, including those affected by torture, trauma, mental health difficulties or other serious health concerns.  She frequently acts in protection and human rights claims involving health-related issues, and is also experienced in advising in cases where there concerns in relation to mental capacity.

Zoe has an active and parallel practice before the Court of Protection.  She is regularly instructed by litigation friends, including the Official Solicitor, family members and local authorities in cases involving health and welfare issues, including deprivation of liberty.

Zoe is appointed to the Equalities and Human Rights Commission Panel of Preferred Counsel.

Zoe is ranked in the immigration category of Chambers & Partners (2021) as an ‘up and coming’ barrister, with ‘expert knowledge in refugee protection’.  She is described as ‘a very powerful lawyer… and a brilliant asylum practitioner too’ and receives praise for the very in-depth nature of her work, for her ability to think outside the box, and for being easy to work with.

Prior to joining Chambers, Zoe was Legal Officer at the Immigration Law Practitioners’ Association (ILPA) undertaking high-level policy and parliamentary work across all aspects of immigration, asylum and nationality law.  She is co-author of the textbook, A Guide to the Immigration Act 2016 published by Bloomsbury Professional.  She previously led advocacy on the rights of survivors of torture in the UK asylum system at Freedom from Torture, including its involvement in strategic litigation, and provided individual legal representation in roles at Asylum Aid, Refugee Legal Centre and Hackney Community Law Centre.  Her work has been informed by her research, policy and practice background in tackling violence against women and girls.  Zoe is the co-author of a major research study on meeting the needs of children and young people at risk of sexual exploitation, recognised as a ‘noteworthy project’ in the UNICEF Handbook on the Optional Protocol on the Sale of Children, Child Prostitution and Child Pornography, and she previously volunteered on a rape crisis helpline.

Zoe practises in all areas of immigration, asylum and nationality law including in appeal proceedings before the Tribunal and in judicial review claims.

Zoe has particular expertise in representing victims of trafficking and other forms of gender-based violence and adds value to cases from her extensive research, policy and practice background on issues of violence against women and girls.  Zoe is joint co-ordinator of the Anti-Trafficking Legal Project (ATLeP) and was part of an OSCE fact-finding mission investigating trafficking risks in Albania.

She has an ongoing interest in issues of disability, discrimination and elderly care with reference to the UN Convention on the Rights of Persons with Disabilities and accepts instructions in adult dependent relative and other cases engaging the right to family life.  She was part of the team intervening on behalf of Liberty in Patel and Shah v Secretary of State for the Home Department [2019] UKSC 59, led by Caolifhionn Gallagher QC with Antonia Benfield, considering issues of the best interests of the child and the welfare of adult dependents in determining the scope of the Zambrano principle under EU law.

Zoe frequently acts pro bono in immigration bail applications on behalf of Bail for Immigration Detainees and is able to advise on all aspects of detention and bail.

Zoe is regularly instructed in judicial review matters raising asylum, immigration and nationality issues, as well as in challenges to decisions made within the National Referral Mechanism regarding victims of trafficking.

Zoe has a strong policy and practice background and is well-placed to advise on challenges engaging systemic policy concerns.  Before joining chambers, Zoe was Legal Officer at the Immigration Law Practitioners’ Association and worked at Freedom from Torture leading its advocacy work on the rights of survivors of torture including its involvement in strategic litigation.  Zoe is always pleased to advise NGOs and others on bringing cases and interventions.

Zoe has worked with senior colleagues in the following significant cases (settled by consent):

R (JE & LK) v Secretary of State for the Home Department, 2021, led by Paul Bowen QC (Brick Court Chambers) and Michelle Knorr (Doughty Street Chambers), instructed by Islington Law Centre challenging the ten-year route to settlement for young people who have spent more than half their life in the UK, leading to a major Home Office concession and change to the immigration rules.  Further info here.

Court of protection and mental health

Zoe accepts instructions on behalf of litigation friends, including the Official Solicitor, family members, local authorities and NHS trusts before the Court of Protection, with a particular focus on cases dealing with health and welfare issues and with the deprivation of liberty.

Zoe acts across the full range of matters before the Court of Protection, dealing with varied issues including, for example, fluctuating capacity, consent to covid vaccination, drug and alcohol use, regularisation of immigration status, residence, care and contact with others.  She has a particular interest in cases involving the capacity to engage in sexual relations, and involving issues of coercion and control, informed by her research background in these areas.

Zoe is pleased to provide bespoke, in-house training sessions to legal firms and other organisations. Zoe is an experienced trainer having run seminars and courses on asylum and immigration law for legal practitioners, community organisations and medical professionals. She has been a trainer for the Immigration Law Practitioners’ Association and lectures on the MA Refugee Care course at the University of Essex and Tavistock and Portman Clinic. Her recent seminars at Doughty Street Chambers have focused on the representation of vulnerable individuals, on mental capacity, on the use of medico-legal evidence, and on developments in the case law on trafficking.


The 10-year route to settlement (10YRS) was introduced in...Read more


In Patel and Shah v Secretary of State for the Home Depar...Read more