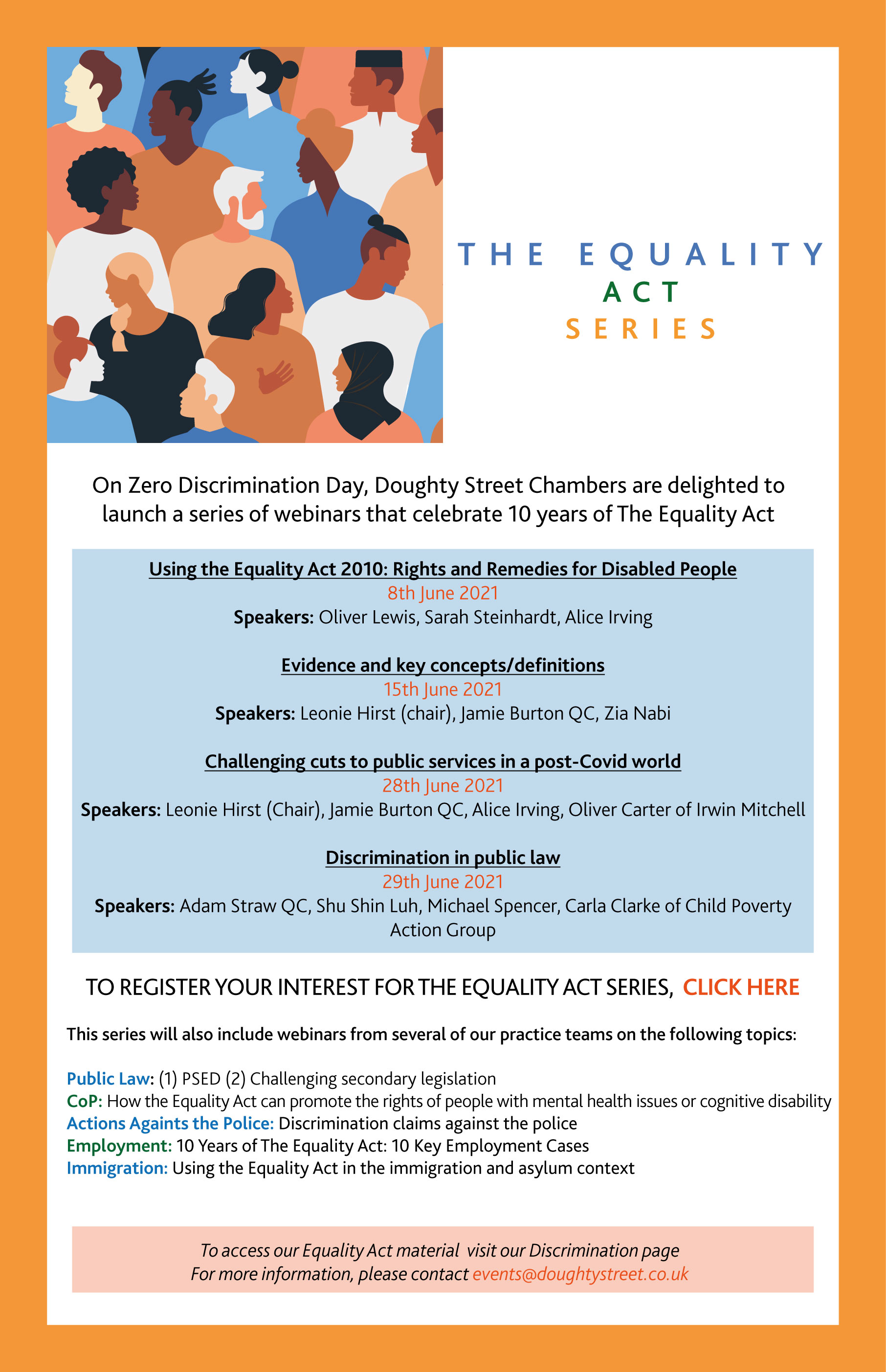 Click here to register your interest for The Equality Act series

Equality and non-discrimination is at the heart of Doughty Street Chambers’ civil work, and has been a cornerstone of our work since our inception in 1990. Our members have unique and highly regarded expertise in both the domestic and international legal frameworks and have acted in a number of ground-breaking cases, including in the Supreme Court, the European Court of Justice and the European Court of Human Rights. Doughty Street members have expertise across all protected characteristics, and in the interplay between equality and human rights and public law through Article 14 of the European Convention on Human Rights and the public sector equality duty. Our members have expertise of equality and discrimination issues as they arise in practice areas ranging from international human rights, employment or public law, through to actions against the police, housing and community care.

Twenty-one members of chambers are on the Equality and Human Rights Commission panel of preferred counsel.

Recent examples of our work include:

The Equality Act Series of Events

Challenging cuts to public services in a post-Covid world


Challenging cuts to public services in a post-Covid world...Read more


A Church of England appeal court, the Court of Arches, ha...Read more


In the wake of the Black Lives Matter movement, Azeem Raf...Read more