The Labour Party has been served with an unlawful act notice after the investigation found it responsible for unlawful acts of harassment and discrimination. 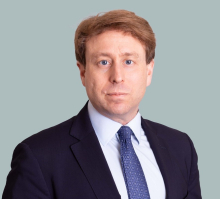