Let’s make history: The Importance of Being Seen

As a black barrister of African-Caribbean heritage I understand the importance of being seen.  From Rumpole of the Bailey and Kavanagh QC to Judge John Deed and Darcey in Bridget Jones Diary, fictional barristers on screen rarely if ever looked like me.

Regrettably I too have experienced some of those unfortunate experiences of being mistaken for the defendant.  In contrast though, when walking through court in wig and gown, I’ve also seen the response of black families as they witness me stroll past. Their pride in me and my understanding of that exchanged in quiet nods and smiles.

The importance of being seen should not be understated. That’s why when Urban Synergy, a mentoring charity approached me to mentor school children I had no hesitation in saying yes.  Urban Synergy have been inspiring young people through mentoring for almost 15 years. They work in schools across London. They have a bank of hugely impressive professionals who they invite to schools to speak to students about their careers. Not just the highs but the lows too, not just what they do but who they are; stories matter.

The personal stories that I and other mentors share with young people are critical.  At their best they plant the seeds in young fertile minds opening up a world of possibility. Urban Synergy understand that if you can’t see it, it is far more difficult to become it. Even for young people already fixed on their future career, Urban Synergy’s “top tips to becoming…” provide invaluable insight to the skills and experience required to succeed. Fifteen years on Urban Synergy have expanded their reach beyond mentoring. They provide masterclasses for specific careers, work experience, often at elite companies and have developed early intervention programmes. Their work has been recognised by more than one Prime Minister which has resulted in invites to No.10 to speak about their work.

More important than Prime Ministers though are the 100s of children that Urban Synergy have inspired to achieve their potential. Working with young people is also a hugely rewarding experience.  I don’t mind admitting that I have been brought to tears of joy on occasions when years later I’ve met, by chance, mentees at university or starting their careers. To be told “you made me realise it was possible” is very humbling and underlines the importance of being seen. 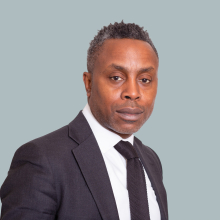