Today the Court of Appeal has allowed an appeal in an important test case on the rights of children in police custody.  The Court of Appeal unanimously held that the London Borough of Waltham Forest does not have a reasonable system in place for the provision of secure accommodation to children in order to meet requests for such accommodation made by the police, pursuant to section 38(6) of the Police and Criminal Evidence Act 1984 (PACE). Lady Justice King, Lord Justice Singh and Sir Patrick Elias also granted a declaration that the local authority was in breach of its statutory duty under section 21(2)(b) of the Children Act 1989 in December 2018, when the Appellant (a child) was held in police custody.

The case was brought by the children’s legal charity Just for Kids Law. The Appellant was represented by Jennifer Twite of Just for Kids Law and Doughty Street Chambers barristers Caoilfhionn Gallagher QC and Sam Jacobs.

Although this challenge was brought against one local authority, Waltham Forest, the issue affects all London local authorities, and the London Councils and Association of Directors of Children’s Services were named as interested parties. Lord Justice Singh at paragraph 67 said, “I would bear in mind that the problem on the evidence before the Divisional Court and this Court is London-wide. There simply are no units available which can realistically be used either within London or within a sufficiently close distance that a child could properly be produced in good time at a Magistrates' Court. The stark reality is therefore that children are having to be put into police cells overnight as the norm rather than the exception. This is contrary to the statutory purpose of the 1989 Act...”

Further information about today’s ruling and the context is available from Just for Kids Law here, and the judgment is available here. 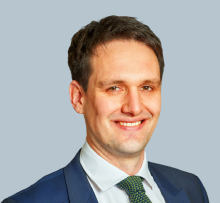