The Court of Appeal (Lord Justice Underhill VP, Lord Justice Baker and Lady Justice Nicola Davies) has today unanimously held that the Self-Employed Income Support Scheme (“SEISS”), introduced to provide financial assistance to self-employed people during the COVID-19 pandemic, indirectly discriminated against new mothers. The disproportionate impact on new mothers was held to be justified by the exceptional exigencies in which the Treasury and HMRC were operating during the pandemic.

On 30 April 2020 the Chancellor signed a direction, giving effect to SEISS.  SEISS was intended to provide financial support to self-employed people whose trade was adversely affected by the pandemic. The value of a recipient’s SEISS payment was calculated by taking the average trading profits (“ATP”) from 2016-17, 2017-18 and 2018-19. No adjustment was made for any period of reduced trade arising from pregnancy or childbirth. As a result, approximately 70,000 new mothers received lower payments.

The judgment helpfully clarifies the principles of indirect discrimination in the application of a purportedly neutral calculation method (as considered by the House of Lords in Barry v Midland Bank plc [1999] 1 WLR 1465). The Court of Appeal clarified that it is necessary to identify the true substance of the measure which gives rise to the claim, and that that may involve a consideration of the measure’s purpose.  The Court held that the purpose of the SEISS was to compensate self-employed persons for their loss of profits in the current year as a result of the pandemic.  As the ATP measure works by using past profits to represent, in however rough-and-ready a manner, their likely hypothetical profits, its use in the case of new mothers produces results which are disproportionately unrepresentative of those profits, as compared with others. This was discriminatory (§87).

The case was ultimately unsuccessful on the basis that the disproportionate impact was justified owing to the “extreme if not unique circumstances” which required the Treasury and HMRC to devise a scheme which could urgently address the economic effects of the pandemic on the self-employed (§130). The Court of Appeal speculated that it would perhaps have been possible to devise a modification to the scheme which accommodated recent mothers, but that this was not possible in the limited timeframe without compromising the Government’s essential requirements of speed, simplicity, and verifiability.

Prospective litigants seeking to challenge similarly discriminatory treatment may find more success where a policy or measure is designed in a less rushed context.

Jude Bunting, Clare Duffy and Donnchadh Greene represented the Appellants, Pregnant Then Screwed and Kerry Chamberlain. They were instructed by Anna Dews of Leigh Day. 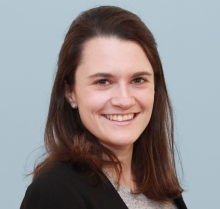