The Court of Appeal (Senior President of Tribunals, Leggatt and Hickinbottom LJJ) unanimously overturned the Upper Tribunal’s decision that the deportation of the appellant, a Nigerian National aged 27 who had entered the UK as an infant, would not breach his private life under Article 8 ECHR as set out under section 117C of the Nationality Immigration and Asylum Act 2002 and replicated in the Immigration Rules.

CI had been brought to the UK by his mother when he was one year old and has never left since. He has no family or other ties with Nigeria. CI was severely abused by his mother as a child and was finally taken into care at the age of 15. He subsequently committed a series of criminal offences and in 2013 (aged 20) was sentenced to various periods of detention in a Young Offenders' Institution – two of which exceeded 12 months, leading to the Secretary of State's decision to make a deportation order against him in 2014.

In applying the legal tests to CI's case, the Court held that due to failings for which the appellant - as a child - could not be blamed, he was not ‘lawfully resident’ for more than half his life so as to satisfy the first part of the exception to deportation on private life grounds. However, as to the second and third limbs of the test, the Court of Appeal held that that the Upper Tribunal's finding that CI was not socially and culturally integrated in the UK had an air of unreality to it. Equally the Court of Appeal held that the Tribunal's finding that there would not be very serious obstacles to integration in Nigeria was wrong in the light of the medical evidence as to the appellant’s mental health and the utter foreignness of Nigeria to CI, such that: '[t]he harshness of such deportation is magnified in the present case to the extent that it could be considered cruel...' The Court held that the fact that the appellant would have had leave to remain as a child but for a delay for which he, as a child, could not be blamed was relevant to the consideration of ‘very compelling circumstances’. It also found that, contrary to the Tribunal's finding, the principles in Maslov should have been applied given that the grant of indefinite leave to remain was delayed for many years when CI was a child for no good reason and CI had ultimately obtained settlement. The Court remitted the case to the Upper Tribunal for a re-hearing.

The Court of Appeal has imposed a restrictive interpretation of ‘lawful residence’, limiting this to temporary admission (now immigration bail) pending a successful asylum application. The judgment also furnishes important and helpful guidance to decision-makers applying the private life exceptions to deportation, in particular to long-resident nationals who arrived as children and in cases where flaws in the Home Office’s decision-making have delayed a successful application for settlement.

CI was represented in the Court of Appeal by Laura Dubinsky and Rowena Moffatt.

The full judgment can be found here. 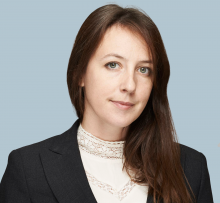