The Court of Protection has handed down judgment in MB v PB & Others [2022] EWCOP 14 following a three-day fact-finding hearing which considered whether PB, a 65 year old woman, had been subjected to coercive and controlling behaviour by her husband, MB.

PB and MB have been married for over 40 years. PB was admitted to hospital following a severe brain haemorrhage in 2018, which left her with a cognitive impairment. When PB’s discharge destination was being discussed, her sons raised concerns about her safety if she  returned to live at home with their father, MB, due to a history of coercive and controlling behaviour. The issues raised by PB’s sons mirrored concerns raised by hospital staff in respect of MB’s behaviour on the ward, and later by care home staff when PB was discharged to a specialist care home.

A best interests decision was made to introduce restrictions on MB’s contact with PB as a result of his alleged coercive and controlling behaviour towards her.

MB denied the allegations of coercive and controlling behaviour and challenged the restrictions on his contact with his wife. The court therefore listed a fact-finding hearing to determine the allegations.

After hearing oral evidence over three days, Sir Jonathan Cohen concluded that there was a pattern of controlling and coercive behaviour from MB towards PB both before and after her admission into full-time care.

The welfare proceedings are continuing in respect of MB’s future contact with PB. 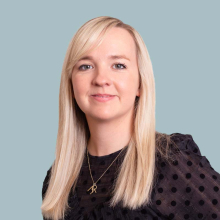