The Manchester Arena Inquiry has today released the first volume of its report into the bombing that took place on 22nd May 2017, claiming 22 lives. The volume focussed on security at the MEN Arena, and found a series of “serious shortcomings”.

“The security arrangements for the Manchester Arena should have prevented or minimised the devastating impact of the attack. They failed to do so.”

Harriet Johnson, with Pete Weatherby QC and instructed by Terry Wilcox of Hudgells Solicitors, acts for seven of the bereaved families. Throughout proceedings their argument had been that SMG and Showsec, who were responsible for security at the site, had failed in their duties to those they were tasked with protecting. Volume One of the report agreed, citing failures including:

The Chair also made clear that the current National Counter Terrorism Protect arrangements are not fit for purpose, and the voluntary nature of the Counter Terrorism Security Advisors system renders it wholly inadequate for protecting the public.  In a series of recommendations mirroring those proposed by the families, the Chair has supported calls for a statutory approach which mandates all “reasonably practicable” protective security measures, in particular by corporations running venues with large crowds.  It was argued on behalf of the families that the current arrangements are a systemic breach of Article 2 of the European Convention on Human Rights, requiring urgent remedial action.

Harriet’s client June Tron, whose son Philip was killed in the attack, said:

“It has been extremely hard to listen to evidence which has highlighted how our Government has failed to take extra steps to ensure security is as it should be at venues like this across the country, and how organisations who are supposedly experts in running such venues and events can make so many basic mistakes relating to safety and security.”

The closing submissions made by Harriet’s team on this issue are available on the Inquiry website here. 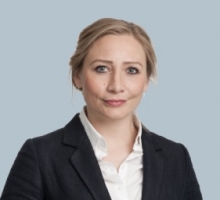