In a damning judgment handed down today (NB & Ors v Secretary of State for the Home Department [2021] EWHC 1489 (Admin)), the High Court found that the Home Secretary’s decision to use Napier Barracks to accommodate destitute asylum seeking men to be unlawful and irrational. In fundamental ways, the arrangements and conditions in which asylum seekers were held, posed significant risks that their physical and mental health would be harmed.

In particular, the High Court found that the dormitory style accommodation, with 24 men to a block, the filthy and unhygienic state of the limited communal toileting facilities, the lack of privacy, and the constant noise and commotion in tight communal living quarters contributed significantly to the deterioration in the mental and physical health of residents housed at the barracks.

The High Court found that in repurposing the barracks for asylum support purposes, the Home Secretary intentionally disregarded, without reason, crucial Public Health England advice against doing so, and failed to even implement the measures she considered necessary for the health and protection of destitute asylum seekers within the barracks. The effect of these fundamental failures meant that “it was virtually inevitable that large numbers of residents would contract Covid-19, a disease which was capable of causing hospitalisation, long-term harm and / or death.” The Covid-19 outbreak in the Barracks, which ran from mid-January to early March 2021, infected more than 120 residents. The Home Secretary also ignored the Crown Premises Fire Safety Inspectorate’s report that the arrangements failed to provide adequate protection to asylum seekers from serious risks of fire.

Despite accepting that the Barracks were not suitable to accommodate vulnerable asylum seekers, the Home Secretary failed fundamentally to put any reasonable system in place that was capable of the most basic inquiries to ensure that no asylum seeker who was vulnerable was allocated to Barracks accommodation. The Home Secretary also failed to put in place any reasonable system capable of detecting and promptly removing vulnerable people from the Barracks after allocation.

The challenge was brought by six Claimants who were all resident in Napier between 21 September 2020 and late January / early February 2021. Each of them was only removed from the Barracks further to a judicial review application, and in three claims, only after a court order for interim relief. In each of the six individual Claimants’ cases, the High Court found that their allocation to the Napier Barracks was unlawful in breach of s. 95 and 96 of the Immigration and Asylum Act 1999. During the Covid-19 outbreak from mid-January until early March 2021, the Barracks were on total lockdown with no residents able to leave. The High Court found this not only to be a false imprisonment but also a violation of each of the Claimants’ right to liberty under Article 5 ECHR for the duration of their time in the barracks during this period.

This Judgment follows on from a highly critical interim report jointly published in early March 2021 by the Independent Chief Inspector of Borders and Immigration and Her Majesty’s Inspector of Prisons, which found the Barracks to be impoverished, filthy, and like a detention centre, despite there being no power to detain asylum seekers there. The evidence informing the Judgement was drawn from key non-governmental organisations including Care4Calais, the Helen Bamber Foundation, Human for Rights Network, 3E Scholarship Scheme, Freedom from Torture, Doctors of the World, the British Red Cross, and many others.

Although the Home Secretary had emptied the Barracks by 2 April 2021, she decided to move new residents into the Barracks on 9 April 2021 notwithstanding the challenge in NB and Ors and despite the highly critical ICIBI / HMIP report. There are currently approximately 200 residents of Napier Barracks and new residents are being transferred in on a daily basis.

Commenting on the outcome of the Judgment, Clare Jennings of Matthew Gold & Co., who acts for XD and YZM, two of the six Claimants, said:

“We are delighted that the High Court has recognised that the Home Secretary’s decision to accommodate men in Napier barracks was unlawful and irrational and that residents were unlawfully deprived of their liberty. The Claimants and our many other Napier resident clients endured months of living cheek-to-jowl with hundreds of other men in overcrowded dormitories, without any privacy, at risk of injury from fire and covid-19, which has seriously affected their mental and physical health. For months the Home Secretary ignored complaints from residents, charities and legal representatives that Napier barracks could not be suitable to house asylum seeking men and that vulnerable men were wrongly being sent to Napier. Today, these residents of Napier barracks were finally heard. Urgent action is now required from the Home Secretary, in light of this damning judgment, to move those men still at Napier to suitable accommodation and to immediately stop the use of the barracks for housing asylum seeking men”.

“Today’s judgment is highly significant in reinforcing the standards of adequate accommodation for those seeking international protection in the UK. Since the introduction of contingency asylum support accommodation, there have been a range of concerns about the accommodation, which the Home Office has failed to remedy.  The accommodation at Napier Barracks has been widely criticised since its inception, and the Home Office has failed to acknowledge and act upon those concerns.  The case is important in establishing the individual rights and entitlements of the individual claimants but more broadly in establishing the unlawful conduct of the Home Office to vulnerable asylum seekers who are wholly reliant upon the Government for support.”

Shu Shin Luh and Antonia Benfield act for two of the six claimants, XD and YZM, instructed by Matthew Gold & Co. Leonie Hirst acted for four of the claimants, NB, M, F and OMA, instructed by Deighton Pierce Glynn together with Tom Hickman QC of Blackstone Chambers. They are all members of the Public Law, Community Care and Health, and Immigration Teams.

There is currently a further challenge to the continued use of the Napier Barracks, brought by Matthew Gold & Co and Deighton Pierce Glynn. Shu Shin Luh and Antonia Benfield act for AK and MZ, instructed by Matthew Gold & Co. and Leonie Hirst acts for AA, instructed by Deighton Pierce Glynn. Directions have been given by the High Court for the Home Secretary to file her defence in those claims in the light of this Judgment. 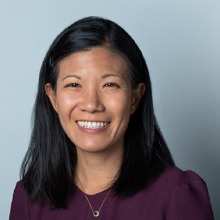 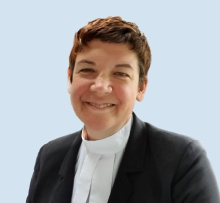