The International Federation of Journalists (IFJ), which represents more than 600,000 journalists in 146 countries, has repeatedly condemned Israel’s systematic targeting of journalists of which at least 46 have been killed since 2000, with no one yet held to account.

Jennifer Robinson and Tatyana Eatwell act for the IFJ and its affiliate, the Palestinian Journalists’ Syndicate (PJS), and on behalf of four journalists – Ahmed Abu Hussein, Yaser Murtaja, Muath Amarneh and Nedal Eshtayeh - shot by Israeli snipers while covering demonstrations in Gaza. All were  wearing clearly marked PRESS vests at the time. There has been no independent investigation into their cases by the Israeli authorities and no accountability. There are strong grounds to conclude that the targeting of these journalists, and the failure to investigate, constitutes a grave violation of their rights to life and freedom of expression, and may constitute war crimes.  These cases are emblematic of Israel’s systematic targeting of journalists working in Palestine and its continued failure to properly investigate killings of media workers, in violation of the rights to life and freedom of expression.

Addressing the 47th session of the UN’s Human Rights Council in Geneva on behalf of the IFJ direct via videolink, Jennifer Robinson urged Irene Khan, the UN Special Rapporteur on freedom of expression, to act on their complaint submitted last December detailing the systematic targeting of journalists on behalf of Ahmed Abu Hussein, Yaser Murtaja, Muath Armaneh and Nedal Eshtayeh.

“The international community and this Council depend upon accurate and impartial reporting on the ground in Palestine. The targeting of journalists and media organisations in Palestine prevents this essential reporting. This targeting must stop and those responsible must be held accountable. We urge the Special Rapporteur to progress our urgent appeal, and we urge this Council and all States to raise concern with Israel about the protection of journalists in Palestine.”

“To help put an end to impunity the Special Rapporteur must progress the complaint. The journalists and their families deserve justice and the IFJ working with the PJS and Doughty Street Chambers is determined to ensure those responsible for crimes against journalists are held accountable”. 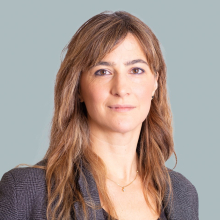