Sue Sleeman, instructed by Thompsons Solicitors, represented senior lecturer Jonathan Duxbury who won an employment tribunal which found he was unfairly dismissed after refusing demands to do a PhD.

The judge ruled the university had been “wholly unreasonable” and had acted with a “closed mind” in putting Mr Duxbury through "demoralising" disciplinary action when he said he could not undertake the PhD.

In July 2013, Mr Duxbury was informed that he would need a PhD to continue teaching at his level – despite his role never requiring one before. He enrolled for a PhD the following year but informed his employer of concerns that the heavy workload would not be possible alongside his work commitments, and that it would have a negative impact on his mental health, as he had suffered from stress.

Despite this, his employer continued to push ahead with the plans, which exacerbated Mr Duxbury’s mental health condition. After several disciplinary meetings, his employer sacked him.

Mr Duxbury said: “I’m grateful that, with the help of the UCU, Thompsons Solicitors and my barrister Sue Sleeman, I’ve been able to put this to bed. I just hope those involved at the university now understand and learn from their mistakes so something similar doesn’t happen to anyone else.”

A separate remedy hearing will be arranged to agree a settlement for Mr Duxbury, expected to be either financial compensation or reinstatement. 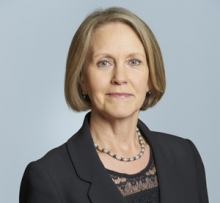