The Supreme Court today handed down the judgment in the linked appeals of HA (Iraq), RA (Iraq) and AA (Nigeria) [2022] UKSC 22 concerning the principles which govern the assessment of whether deportation of a foreign national would be contrary to private and family life protected by Article 8 EHCR. David Lemer and Agata Patyna represented AA, instructed by Tamana Aziz of Duncan Lewis Solicitors.

The key issue before the Court was what test should be applied when looking at whether deportation of a parent would be ‘unduly harsh’ on a child within the meaning of section 117C Nationality Immigration and Asylum Act 2002. The Court rejected the argument advanced on behalf of the Secretary of State for the Home Department that the ‘unduly harsh’ test sets out a notional baseline comparator of ‘any child’ (or ‘any child’ in that child’s circumstances) and the consequences required to meet the test must go beyond the ‘usual’ consequences for that baseline comparator child. The Court found that the baseline comparator approach was unworkable because there is ‘no satisfactory way to define what the relevant characteristics of a notional comparator child’ and in any event would be inconsistent with the duty to have regard to the best interests of the child in question as a primary consideration in accordance with section 55 of the Borders, Citizenship and Immigration Act 2009. This requires having ‘a clear idea of a child’s circumstances and of what is in a child's best interests’ and carrying out ‘a careful examination of all relevant factors when the interests of a child are involved’. Further, the notional comparator approach gives rise to the risk that a court or tribunal will apply an impermissibly high exceptionality threshold. As long as the relevant tribunal recognises that the ‘unduly harsh’ test involves an elevated threshold, it is then for the tribunal to make an informed assessment of the effect of deportation on the qualifying child or partner and to make a judgment as to whether that elevated standard has been met on the facts and circumstances of the case before it.

The Court further rejected the Secretary of State’s argument that, in assessing whether deportation would be disproportionate in Article 8 ECHR terms, little or no weight should ordinarily be paid to a foreign national’s rehabilitation. It found that rehabilitation, which shows a reduction in the risk of offending, can be a relevant factor in assessing the strength of the public interest in deportation. The weight to be given to any relevant factor in the proportionality assessment will be a matter for the fact finding tribunal, no definitive statement can be made as to what amount of weight should or should not be given to any particular factor.

The Court’s judgment also includes a reminder about the judicial restraint which needs to be exercised when considering whether to set aside a decision of a specialist tribunal, in this case the First-tier Tribunal (Immigration and Asylum Chamber). In AA’s particular case, the Court found that there was no basis on which the Upper Tribunal could properly intervene with the decision of the First-tier Tribunal which found that his deportation would be disproportionate in Article 8 terms. 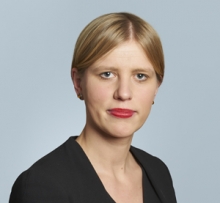