Doughty Street Chambers is extremely proud of Heather Williams QC, Rebecca Trowler QC, and Richard Thomas who have been appointed as Recorders of the Crown Court by HM The Queen, on the advice of the Lord Chancellor and the Lord Chief Justice.  Heather has been assigned to the Northern Circuit, and Rebecca and Richard have both been assigned to the South Eastern Circuit.  They will all be trying criminal cases later this year.

Although they have taken up these part-time judicial roles they will, of course, maintain their busy practices at the Bar.

We congratulate them warmly on their success in what is – rightly - a challenging and competitive appointments process.

Heather, Rebecca and Richard join the long list of practising members of Doughty Street who hold current judicial office (as Crown Court Recorders, Tribunal Judges, Assistant Coroners, and Deputy High Court Judges), as well as those who have left practice in Chambers to sit full-time in the Court of Appeal, High Court, and elsewhere.  We are proud that the quality and expertise of our barristers and former members benefits not only our client, but also justice more widely by this service on the Bench. 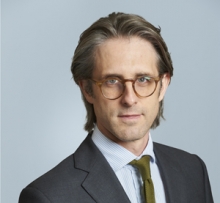