Paras Gorasia was instructed to advise Robert Sutton in relation to remedy with respect to his claim against Creechurch Capital for automatic unfair dismissal due to his making of a protected disclosure against a backdrop of an investigation by the Isle of Man Financial Services Authority. Mr Sutton was successful at a liability hearing in respect of this matter in May 2017 and subsequently successful in a review hearing and an appeal by Creechurch Capital.

The Isle of Man Employment Tribunal considered the question of remedy at hearing in June 2018 and confirmed their outcome in a Judgment released in August 2018 following further written submissions from the parties on the appropriate approach to quantifying Mr Sutton’s compensation. The outcome of the hearing was that Mr Sutton was awarded compensation amounting to £685,339.88 with interest to be added and costs to be determined. Of particular note was the Tribunal’s decision to award £20,000 by way of aggravated damages and £75,000 in exemplary damages.

Creechurch Capital appealed against the findings of the Isle of Man Employment Tribunal in respect of remedy and Paras was again instructed to advise Mr Sutton on resisting the appeal and settling the skeleton submissions. As a result of the appeal the remedy judgment was embargoed pending the outcome of the Appeal. On 21 January 2019, His Honour Deemster Rosen QC dismissed all aspects of Creechurch’s appeal against remedy save for overturning the Tribunal’s decision on the award of aggravated and exemplary damages. The total award payable to Mr Sutton was reduced to circa £590,000 + with costs and interest to be added to that sum.

The award for compensation is the highest ever awarded by the Employment Tribunal in the Isle of Man and is a landmark decision concerning the rights of whistleblowers within that jurisdiction.

Paras was instructed for Mr Sutton in relation to this matter by Christopher Webb (Director) at MannBenham Advocates Limited.

Read about this case in the press: International Investment, IOM Today, City Wire, The Times.

The remedy Judgment can be found here.

The Appeal Judgment can be found here. 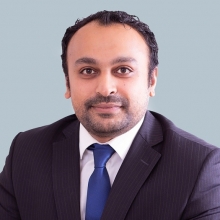