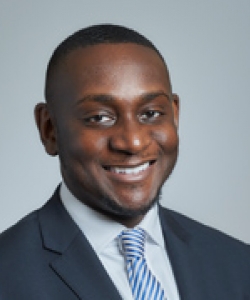 Cherno is the Head of Operations. He is responsible for the day to day management of all Chambers facilities and administrative functions.

He currently holds an LLB Hons Degree in Law and an LLM Master’s Degree in Intellectual Property Law.

He was born and educated in The Gambia and has a great passion for film and theatre, as well as a strong devotion to various charitable organisations in both the UK and The Gambia.