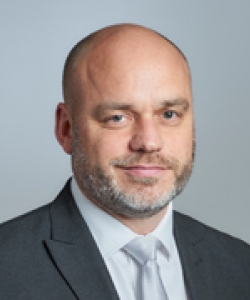 Richard is a Crime Practice Manager responsible for developing and managing all forms of criminal work, but with a particular focus on regulatory and financial crime.  With over 25 years’ clerking experience, he manages the practices of a number of our Silks and senior juniors and is always happy to advise solicitors and others on suitable choices of counsel and to agree private fees.

Richard joined Doughty Street in October 2011.  Having initially qualified as a graphic designer, Richard is involved in developing the criminal team’s marketing collateral, and having experienced countless changes affecting the criminal justice system in the intervening years, he brings a wealth of knowledge to Doughty Street Crime.  He is widely regarded as our resident Criminal Legal Aid expert.