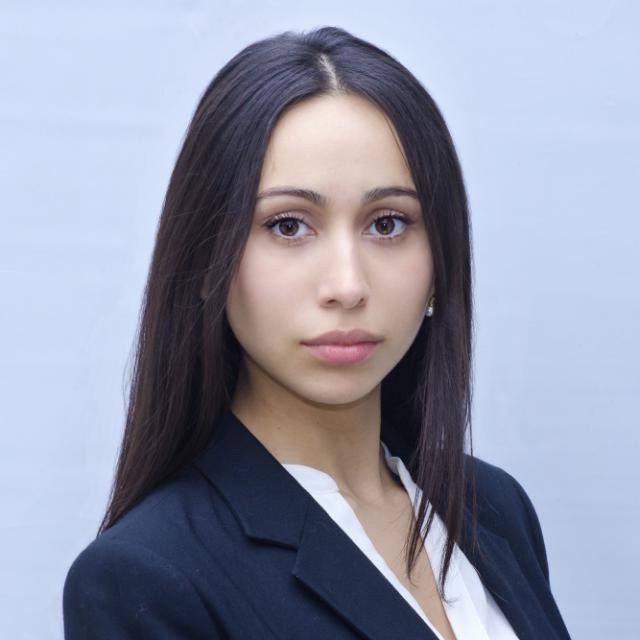 Camila is regularly instructed to appear in the First-tier and Upper Tribunals in complex asylum, human rights and deport appeals for vulnerable adults and children. She has particular experience representing victims of human trafficking, torture and sexual violence, unaccompanied minors, individuals with mental health needs and those who lack capacity.

Camila’s experience of the range of immigration matters also includes issues relating to revocation of refugee status, ‘first countries of asylum’ and the Immigration Rules (including entry clearance). She is developing a practice in asylum claims involving national security issues and concurrent extradition proceedings.

Camila represents clients in judicial review claims, including on an urgent basis, in the Upper Tribunal and Administrative Court, including challenges to decisions relating to fresh claims, certification, immigration detention, removal, trafficking and the issuance of passports.

She represented the Seven Sisters Latin Village market traders in their legal challenge to the government’s decision to redevelop the market.

She is developing a practice in international civil claims against private entities.

Camila has a keen interest in Latin American issues. She has jointly drafted an amicus curiae brief in a Colombian case brought by Wayúu indigenous peoples’ against the Carbones del Cerrejón mining company and Colombian state entities, focussing on applicable principles under international human rights and international environmental law. Another amicus curiae before the Colombian Constitutional Court in a case between the national army and the San José de Apartadó Peace Community concerned the right to freedom of expression of human rights defenders working in the midst of post-conflict situations.

In 2019 the Bar Council awarded her the International Legal Professional Scholarship to deliver conferences on human trafficking and modern slavery in Mexico and Colombia. She acted as an independent international electoral observer at the 2020 Bolivian Presidential elections, and in 2021 reported on the criminal trial of Santiago Uribe, the brother of the former Colombian president, on behalf of the Bar Human Rights Committee.

Before coming to the Bar Camila volunteered at a human rights consultancy in Colombia, Grenfell Legal Support, the Free Representation Unit, the United Migrant Workers Education Project and Survival International. She completed her LLM thesis under the supervision of Professor Roger O'Keefe on the protection of indigenous culture under international human rights and cultural heritage law (first class).

At university, Camila was an award-winning international mooter, and has since enjoyed helping students develop their advocacy skills by judging moots at the Jessup international law competition, the London School of Economics and the University of Durham. She has spoken about the importance of a representative legal profession at events at Oxford University, Kings College London, Goldsmiths University, and in Mexico with the Law Society.

Camila regularly accepts domestic and international pro bono instructions from NGOs including Advocate, Bail for Immigration Detainees, ABColombia, the Colombian Caravana and the Alliance for Lawyers at Risk.

‘The right of refugee-receiving states to compensation: a ‘general framework’ under the international law of state responsibility’ (2018)