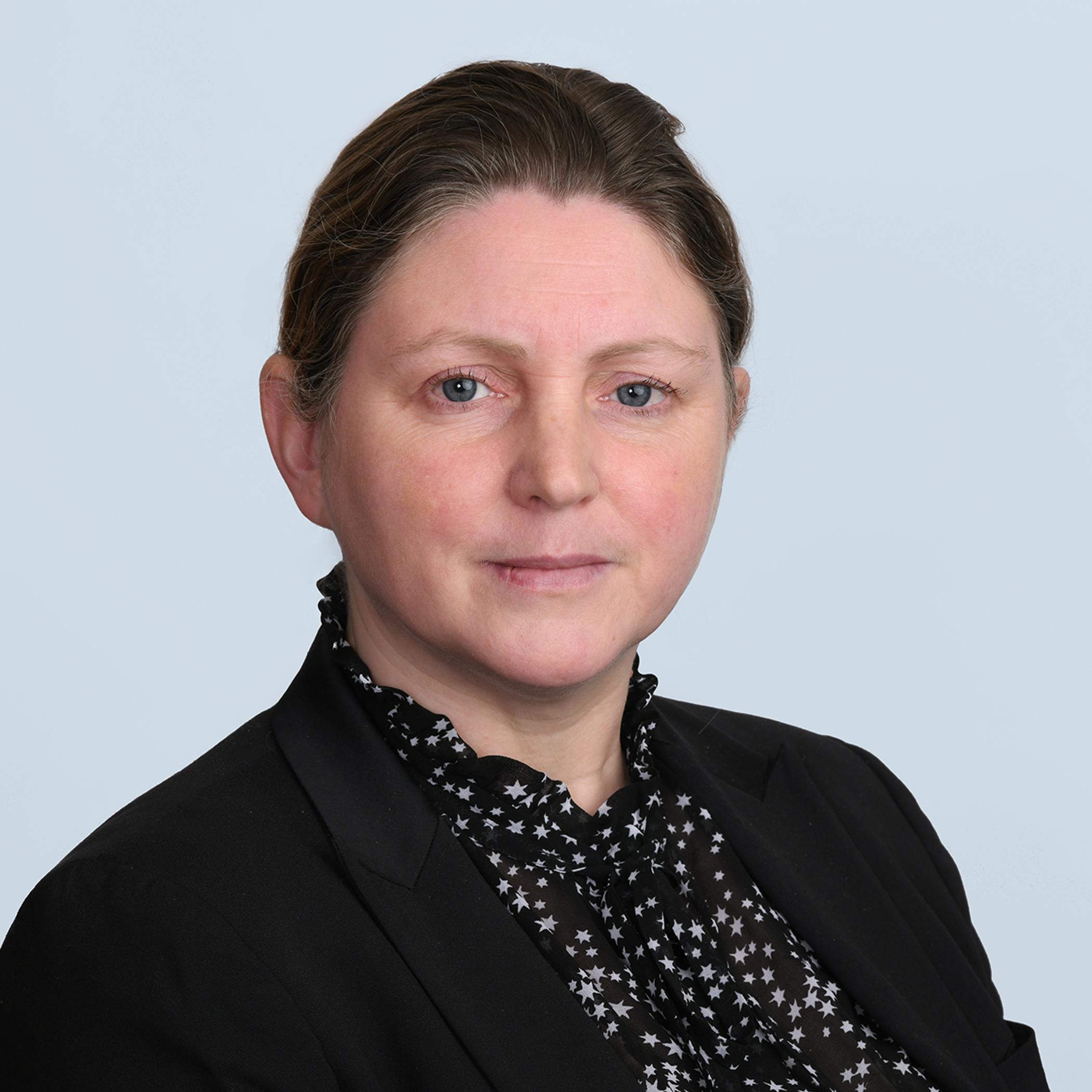 She has acted in many of the leading human rights cases in the UK in recent years, including acting for bereaved families and survivors of the 7/7 London bombings and the Hillsborough disaster, and acting in a series of cases which have established that the UK Government’s welfare changes are discriminatory. Caoilfhionn undertakes many ‘test cases’ which secure results for her clients but also achieve wider change in the law.  For example, her recent cases include acting in a number of successful challenges to the Department of Work and Pensions’ benefit changes, R (Hurley and others) v Secretary of State for Work and Pensions [2016] PTSR 636 (benefit cap unlawfully discriminates against the severely disabled), R (A and Rutherford) v Secretary of State for Work and Pensions [2016] HLR 8 (social sector size criteria, ‘bedroom tax,’ unlawfully discriminate against women) and R (MA) v Secretary of State for Work and Pensions [2013] PTSR 1521 (Regulations required to correct discriminatory impact of the bedroom tax on severely disabled children).

Caoilfhionn has particular expertise in freedom of expression and open justice. She regularly advises and acts for newspapers and broadcasters in the UK concerning journalistic access to the courts and public interest reporting. She has acted, for example, for media organisations in the inquests into the deaths of Alexander Litvinenko and Gareth Williams (the GCHQ employee found dead in a holdall), ensuring that these hearings were open to public scrutiny and could be freely reported. She worked with the Media Lawyers’ Association and the Chief Coroner in the development of new guidelines on open justice in the coroners’ courts. She also regularly acts for journalists worldwide who are imprisoned, prosecuted, sued or subjected to travel bans due to their journalism; her current and recent case load includes work for journalists, bloggers, cartoonists, peaceful protestors and human rights defenders in Egypt, Turkey and Equatorial Guinea. She leads the international legal team for the family of Daphne Caruana Galizia, the award-winning journalist assassinated in Malta in 2017, and she is leading counsel to 152 BBC Persian journalists persecuted by Iran due to their work. She is a member of the UK Advisory Board to Reporters Without Borders (RSF) and regularly works with Index on Censorship and other NGOs specialising in freedom of expression.

Women’s rights is another area of particular interest for Caoilfhionn. Much of her work in relation to austerity and welfare cuts concerns the disproportionate impact of those cuts upon women, particularly BAME women and victims and survivors of domestic violence. She has also acted in a series of cases concerning the almost total ban on abortion in Northern Ireland, including R (A and B) v Secretary of State for Health [2017] UKSC 41 and Re Northern Ireland Human Rights Commission [2018] UKSC 27.

Caoilfhionn also has expertise in children’s rights and she has acted in many of the leading cases in this field, including HH v Italy [2013] 1 AC 338 (right of children to be heard in extradition proceedings concerning their parents) and R (HC) v SSHD [2014] 1 WLR 1234 (acted for Hughes Chang in this test case on treatment of 17-year-olds in police custody as adults rather than children; it has resulted in a change to the law, affecting 70,000 17-year-olds in custody every year). Internationally, she acts in many cases concerning children’s rights, particularly in Strasbourg and before the UN Special Procedures, and she has provided consultancy services to the UN on child soldiers and Boko Haram.

Caoilfhionn is a graduate of UCD, the King’s Inns and the University of Cambridge (Gonville and Caius). In 2017 she received UCD’s alumni award for outstanding achievements by a UCD law graduate, and in the same year she was made a Fellow of the Royal Society of Arts for her contribution to the protection of human rights. In 2016 she was named by the Irish Times as one of the 100 most influential Irishwomen living outside Ireland.

She is one of the three joint founders of the ‘Act for the Act’ campaign (with Martha Spurrier and Fiona Bawdon), a crowdfunded mass advertising campaign to tell positive stories about the Human Rights Act 1998.

Caoilfhionn is one of a small number of individuals nationwide regularly instructed for claimants in urgent community care judicial reviews: for children in or leaving prison; children whose lives or well-being are at risk due to gang warfare or trafficking; children who are street homeless or otherwise in need of support or accommodation; disabled children without appropriate care packages; vulnerable adult prisoners seeking support whilst in custody or resettlement packages; and cases involving separation of mothers from newborn babies.

She has acted in many of the leading community care cases under ss. 17 and 20 Children Act 1989, including R (S) v Sutton (s. 20 duty triggered prior to a child leaving custody) and R (G) v Nottinghamshire CC & Nottingham University Hospital (unlawful removal of newborn baby from his mother, a care leaver; Article 8, common law and Children Acts: see coverage in the Guardian and Family Law Week. Many of her cases settle favourably at an early stage, achieving practical, speedy results for her vulnerable clients.

Caoilfhionn is currently acting in a number of novel and ground-breaking cases, instructed by the Official Solicitor to represent children of extraditees, relying on their rights under Article 8 ECHR and the UN Convention on the Rights of the Child (UNCRC).  In these cases Caoilfhionn has used community care law (s. 17, Children Act 1989) to obtain evidence from social services of the likely impact of extradition upon the children, and to ensure that social services have proper contingency plans in place in the event that extradition proceeds. She has secured permission to file evidence and submissions on the children’s behalf in the Administrative/ Divisional Court pursuant to CPR r. 52.12A, the first time this provision has ever been used in this context. The Supreme Court has recently given judgment in the lead cases, HH & PH v. Deputy Prosecutor of the Italian Republic, Genoa; F-K v. Poland [2012] UKSC 25 (Caoilfhionn acted for the children X, Y and Z, who face being orphaned and the permanent break-up of the family unit due to the simultaneous extradition of both their parents).

She has written (with colleagues from Doughty Street) the leading text on Part III of the Children Act 1989, the key community care provisions for children and care-leavers: Children in Need: Local Authority Support for Children and Families (LAG, 2011).  She regularly writes on community care issues for journals such as the New Law Journal and provides training.

Caoilfhionn has a wide-ranging claimant public law practice at all levels. She regularly appears in the High Court and Court of Appeal (usually alone but occasionally led), and has also been instructed in House of Lords, Supreme Court, Privy Council and European Court of Human Rights cases.

Much of her judicial review work concerns vulnerable children, including those whose lives or physical safety are at risk from gang violence (such as former gang members fearing reprisals, and girls who have experienced gang-related sexual violence or sexual exploitation).  She has acted for many anonymous clients, in conjunction with Maxwell Gillott solicitors and Kids Company, in cases involving overlapping duties under Articles 2, 3 and 8 ECHR and the Children Acts 1989 and 2004.  She also acts for child trafficking victims in judicial review and related civil proceedings.

Caoilfhionn acts for claimants and third party interveners in public law cases raising human rights issues in a range of contexts. For example:

Caoilfhionn regularly acts in inquests for bereaved families whose loved ones have died in prison, or in other forms of state care. She also acts in inquests and inquiries which raise concerns about the failures of State agencies.

Caoilfhionn has acted for bereaved families and survivors of the 7/7 London Bombings since 2007. She acted for them in relation to their campaign for a public inquiry and full inquest, including the now-settled judicial review of R (Rachel North and Others) v Secretary of State for the Home Department (review of government's refusal to institute an independent inquiry into intelligence failures prior to the bombings, and the adequacy of existing mechanisms of review and inquiry: see BBC News coverage and their submissions to the Intelligence and Security Committee.  She was  instructed in the inquests heard before Lady Justice Hallett at the Royal Courts of Justice (October 2010 – May 2011), which resulted in a Rule 43 report of unprecedented detail, making important recommendations for changes of practice and policy to many public agencies,  including MI5/ the Home Secretary, the London Ambulance Service, Transport for London and the London Underground. She also acted for her bereaved clients in R (Home Secretary) v HM Coroner for Inner West London [2010] EWHC 3098 (Admin) (whether a coroner has the power to exclude interested persons and their legal representatives from proceedings in the interests of national security).

Caoilfhionn also acted in the Rosemary Nelson Inquiry (an independent public inquiry into the murder of a solicitor in Northern Ireland, including questions of possible RUC collusion in her death), representing an NGO, British Irish Rights Watch, seeking intervenor status (with Andrew Nicol QC); the Gareth Willliams inquest (regarding the unexplained death of a GCHQ employee, found dead in a holdall in his flat), acting for national media organisations; and she has been instructed in relation to specific issues arising in the Leveson Inquiry.

Caoilfhionn’s Article 2 ECHR expertise means she is well-placed to act in inquests and related judicial review and civil claims.  She has acted in a series of high-profile claims concerning domestic violence/ stalking victims who died following inaction/ inadequate action by the police (led by Nicholas Bowen QC).

She has given expert evidence to the Parliamentary Public Accounts Committee on electronic tagging, and has particular expertise in the structural and logistical flaws in the recall procedures for individuals on licence with a 'tag'.

In addition to prison-related judicial review, Caoilfhionn regularly represents lifers, IPPs and recalled prisoners before the Parole Board. She also represents prisoners wishing to transfer jurisdiction, including many UK-based Irish prisoners who wish to serve the remainder of their sentences in Ireland

Caoilfhionn regularly acts for media organisations, journalists and NGOs in cases concerning free speech, reporting and newsgathering.  Her media law practice focuses mainly upon reporting restrictions, anonymity and open justice matters, although she also regularly advises on other issues including journalistic access to information, defamation, privacy and production orders.  She regularly advises the BBC on pre-publication legal matters.  She has a particular niche in relation to open justice issues in the inquest context: she regularly acts for media organisations and journalists in the Coroners’ Courts, and she advises the Media Lawyers’ Association on media law issues in relation to inquests.  She currently acts for a number of media organisations resisting private hearings in police misconduct cases. She has acted for the media in the majority of recent Reporting Restriction Order (RRO) cases in the Family Division, including the Poppi Worthington case (she was in December 2015 named Times 'Lawyer of the Week' for her work on this case).

Caoilfhionn also has expertise in freedom of expression under the European Convention on Human Rights and international instruments.  She has delivered training on Articles 10 and 11 ECHR to Turkish judges on behalf of the Council of Europe, and she is a former trustee of Global Dialogue where she worked on issues concerning free speech, freedom of association and the right to protest in Turkey.  She regularly acts for interveners in the European Court of Human Rights on freedom of expression issues.  She is experienced in the use of the UN’s special procedures of the Human Rights Council to raise concerns for detained journalists and peaceful protestors: for example, she currently leads the international legal team for Ibrahim Halawa, an Irish man detained in Egypt, arrested aged 17 when attending a peaceful protest.

Recent examples of Caoilfhionn’s work for media organisations and journalists in the Coroners’ Courts and criminal courts include: