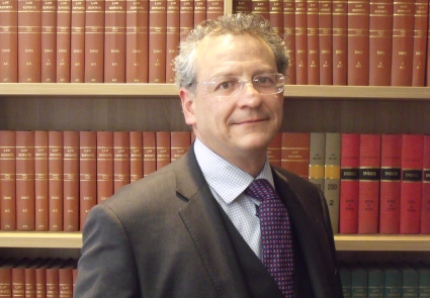 David joined Doughty Street Chambers in 2015, having previously been at Arden Chambers.  He joined the Bar in 2006, through the “Distinguished Academic Route”.

He predominantly practises in the areas of homelessness and allocations, landlord and tenant, human rights, and property law, including shared ownership. He appears in County Courts in his areas of interest, on which he also advises. He relishes the nitty gritty of housing and property law issues, including issues relating to minors (see, for example, Croydon LBC v Tando),  constructive trusts and concurrent tenancies; and he has expertise in eligibility issues, particularly in EU law, human rights and public law, and equality issues.  As a part-time secondee to the Welsh Government, he has expertise in housing issues in Wales.

He manages his practice alongside being Professor of Law and Policy at the University of Bristol, where he teaches and writes on property and housing law. He regularly participates in training events, and writes regularly for practitioner audiences.

In the past, he has been a member of the Department for Communities and Local Government's expert panel, the executive of the Housing Law Practitioners' Association, Civil Justice Council's Housing and Land Committee, and a Director of Legal Action Group.  He is a fellow of the Royal Society of Arts and the Academy of Social Science.

David regularly speaks on housing law issues at conferences and training sessions.  His commitment to social and housing justice has resulted in more than 10 books and 35 peer reviewed works, practically all on housing and land issues.  His more specific research projects run from shared ownership to rehousing sex offenders, choice-based lettings to homelessness internal reviews, harassment and unlawful eviction to possession cases in the county court.  His most significant books are Great Debates in Property Law (2nd ed, 2016); The Battle of the Bedroom Tax (2015); Housing Law and Policy (2011).  Alongside academic colleagues, he has the only dataset of the use of the internal reviews procedure since 1997.